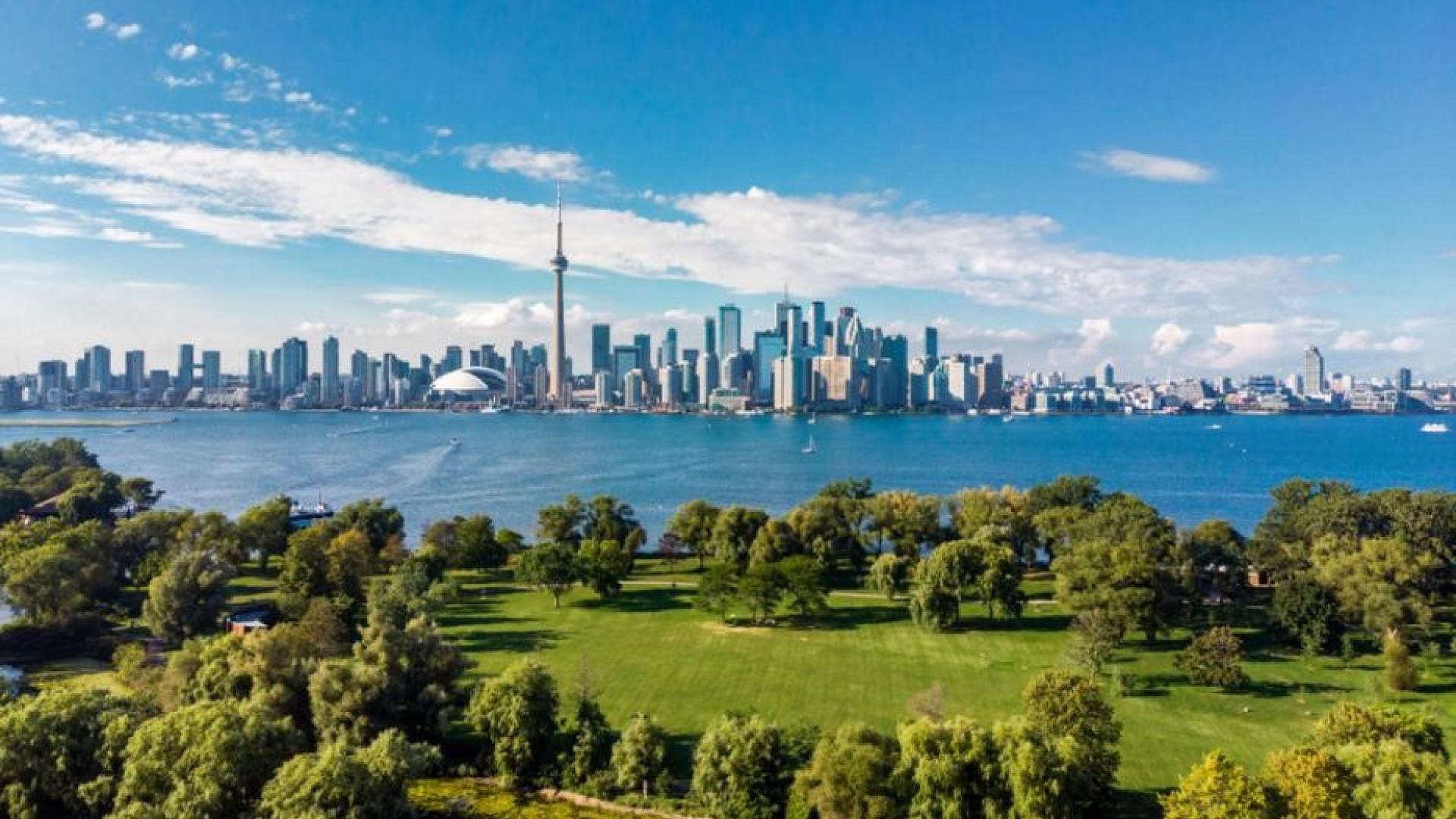 This is the third article in a series highlighting how communities along the Great Lakes and St. Lawrence River are using innovative solutions to adapt to the current period of high water levels, focusing on work in New York, Ontario and Quebec to prepare for extreme water levels in the future. The second article in the series, on lakes Michigan and Huron, appeared in our October issue. The first article on Lake Erie and the Niagara River was published in September.

It is bordered by the province of Ontario on the northern shore and the state of New York to the south. It is also home to several major Canadian cities such as Toronto, Hamilton and Mississauga. The southern shoreline includes cities and towns such as Rochester and Oswego.  In all, Lake Ontario has more than 8 million people living along its shores.

Since 2017, Lake Ontario and the St. Lawrence River have experienced two record-level flood events causing major social and economic damages to those living along its shores. These recent flood events were caused by a combination of factors. In 2017, flooding resulted from record spring precipitation on the Lake Ontario and Ottawa River basins. In 2019, there were record inflows from Lake Erie and the Ottawa River, made more acute by the rapid melting of the snowpack late in the spring, combined with above-average precipitation in the Lake Ontario basin. The resulting floods impacted many municipalities, businesses and shoreline property owners along Lake Ontario and the St. Lawrence River all the way to Montreal.

Since 2019, the level of Lake Ontario has receded, and towns and cities along its shorelines are taking action to enhance the resilience of their shorelines in preparation for future high-water events.

In May 2019, New York Gov. Andrew Cuomo announced the Lake Ontario Resiliency and Economic Development Initiative (REDI) as part of the state’s response to the unprecedented levels that Lake Ontario reached in 2017 and 2019. This grant program is designed to fund resiliency projects along Lake Ontario’s shoreline and the St. Lawrence River in areas that experienced damages from flooding in recent years.

Through REDI, the shoreline is divided into five distinct regions to identify local needs, priorities, risks and safety concerns. The initiative has been budgeted at US$300 million, and a REDI Commission made up primarily of New York state agency commissioners approves project proposals for grant funding. To date, about 100 municipality-backed projects have been undertaken with help from REDI grant funds.

These projects range from restoring and repairing barrier beaches and adding natural shoreline stabilization measures (such as additional vegetation) to protecting at-risk water pumps and replacing sewer lines with modern pipes designed to withstand high water levels. About $8 million in REDI grant funding is going toward dredging harbor navigation channels and, in some cases, spoils are being used to rebuild coastal sandspits. A list of projects by region and municipality can be found on the REDI website.

Beyond municipal grants, in 2019 REDI also allocated $30 million to businesses impacted by (or at future risk of) flooding and another $20 million to homeowners. Projects ranged from repairing damages from flooding, elevating or moving buildings landward, elevating critical equipment like heating and cooling systems or fortifying property to minimize future flood risks.

Toronto, Canada’s largest city, also felt the effects of the high lake levels in recent years and is undertaking projects to protect areas that are vulnerable to future floods. Waterfront Toronto is an organization established in 2001 by the city of Toronto, province of Ontario and government of Canada to revitalize Toronto’s shoreline. The organization is carrying out a major shoreline resilience project at the mouth of the Don River which flows into Lake Ontario.

The $1.25 billion Don Mouth Naturalization and Port Lands Flood Protection and Enabling Infrastructure project will provide flood protection from overland flooding that runs into the Don River and from flooding along Lake Ontario by building resilience into the redevelopment of the Port Lands.

The Port Lands are a 350-hectare peninsula on Lake Ontario, located just south of the Don River that will eventually become Villiers Island, a new residential and commercial area of the city. The area of land is within the Don River’s floodplain and also at risk of flooding from Lake Ontario.

Part of the plans are to create a naturalized river mouth that connects the Don River to Lake Ontario, which will accommodate increased drainage during extreme weather events. The project will add 13 hectares of new coastal wetland to the river mouth. These wetlands are designed to withstand extreme fluctuations in Lake Ontario levels and will provide critical habitat to local fish and wildlife. The redevelopment of the Port Lands began in 2013. But following the high lake level events in 2017 and 2019, Waterfront Toronto has recalculated the 100-year lake level and is re-evaluating its infrastructure designs. The project is due to be finished in 2024.

Montreal, Canada’s second largest city, is located at the confluence of the St. Lawrence and Ottawa rivers, both of which have large watersheds. In 2017 and 2019, the island of Montreal experienced flood events that resulted in the city issuing states of emergencies and evacuations of certain high-risk areas.

Although the water surrounding Montreal rose higher in 2019 than 2017, only 10 percent of houses were impacted in comparison to those affected in 2017.

Mayor Valerie Plante attributes this success to the fact that the city worked quickly to enhance its flood response capacity after the 2017 floods and therefore was able to respond faster and more effectively to flooding in 2019. The emergency measures put in place in 2019 cost the city an estimated CDN$17 million.

To avoid incurring similar costs in the future, the city is taking steps to mitigate the impacts of flooding.

One key element is a new Resilient City Strategy released in 2018 as part of Montreal’s participation in the international 100 Resilient Cities program. Montreal’s strategy includes an emphasis on adapting to climate change, including the improvement of the city’s ability to respond to major floods.

The city has established an inter-departmental committee to study global methods of planning, adaptation and mitigation in the face of natural hazards, and specifically floods. Based on the best practices from other cities, the committee will develop a plan for Montreal and issue a report with recommendations on adaptation and mitigation measures within its five-year action plan. Another action included in the strategy is to improve the city’s understanding of flood probabilities and vulnerabilities across the city.

A new mapping project that provides detailed information on flood severity in at-risk regions is another key initiative. The city also announced a moratorium on new construction in high-risk flood zones that were inundated in 2017 and 2019. For more on these projects, see “Provincial and State Governments Respond to Increased Flood Risk on Lake Ontario and the St. Lawrence River” from our April issue.