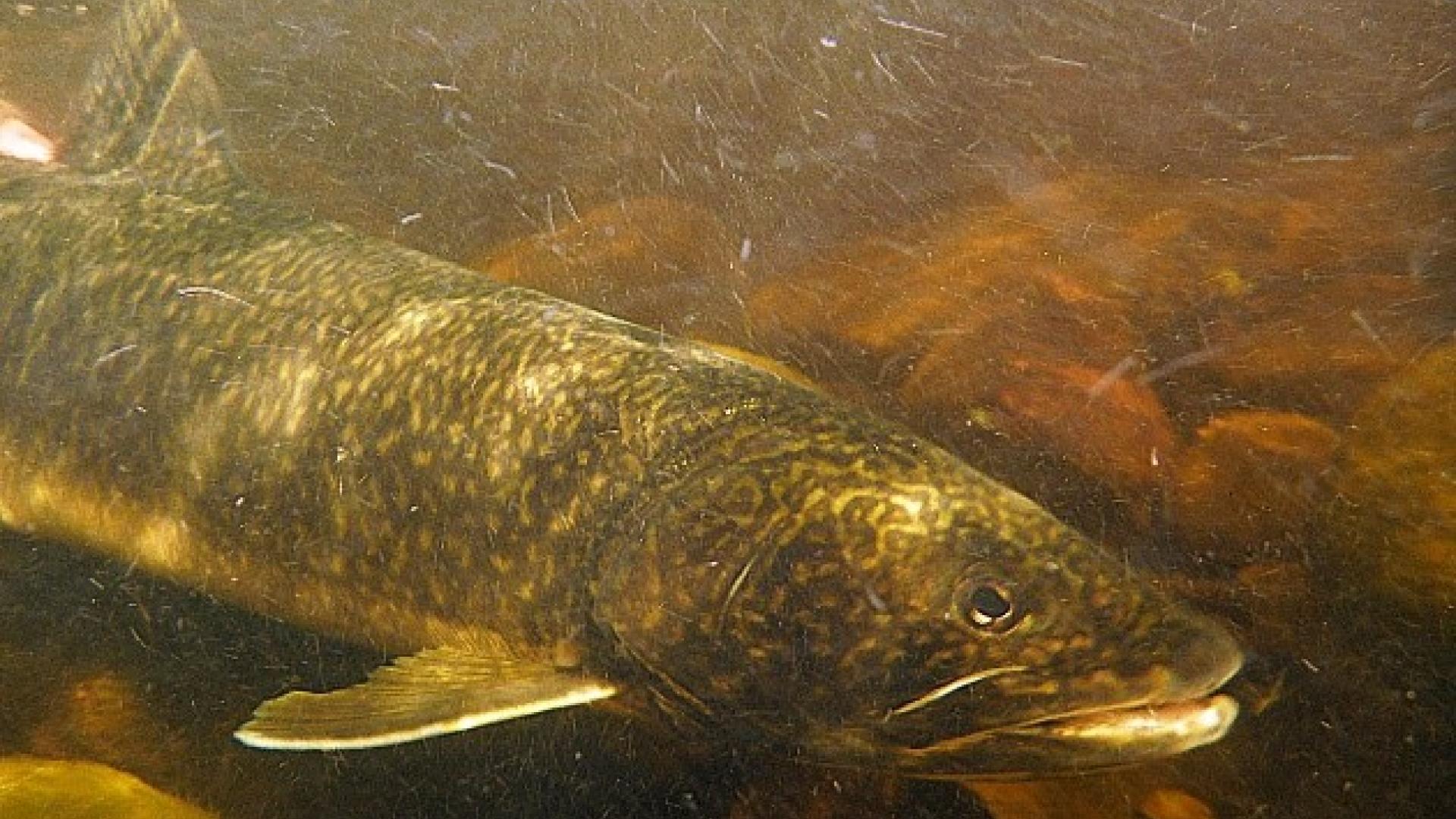 Lake trout are still spawning in at least one tributary to Lake Superior decades after the fishery collapsed.

The trout are spawning in the Nimoosh River (or Dog River when translated from Ojibwe), according to a study by researchers with the Ontario Ministry of Natural Resources and Forestry. This remote river flows into the north end of Lake Superior through Nimoosh Provincial Park. Officials can use the findings to help focus river restoration and protection efforts.

Most lake trout spawn within lakes, but historically there have been populations in Lake Superior that would go into rivers to spawn. Overfishing and invasive sea lamprey caused the lake trout population in Lake Superior to crash in the 1950s, taking many of these river-spawning populations with them. In 1952, an estimated 2,000 fish were spawning in the Nimoosh and Montreal rivers; only a few were found still doing so in 1955, said Nicholas Jones, research scientist with the Ontario Ministry of Natural Resources and Forestry and co-author of the study.

In the mid-1950s, the Ontario government stocked several thousand 2.5–year old lake trout into the mouth of the Nimoosh River and into the Mishibishu Lake chain located at the upper Dog River (near Obatamaga Provinical Park) on the northern shore of Lake Superior. These lake trout came from eggs gathered from the Nimoosh River in 1955, in the midst of the lake trout population’s collapse.

Between the mid-1950s and early 1970s, the Ontario government continued to stock trout descended from the Nimoosh River/Mishibishu Lake spawning population at the mouth of the Nimoosh River.  While researchers found adult fish in that river system by 1977, there wasn’t hard evidence until recently that the fish were still spawning there.

The researchers visited the river in the fall season between 2012 and 2016. What they found was that a population of lake trout were indeed laying eggs and spawning in the Nimoosh River from late September through October, just as generations of lake trout had before them.

The fish seemed to prefer the downstream edges of pools along the length of the river for spawning, particularly in areas where the depths and slope of the river bottom change rapidly and water velocities pick up. As far as spawning substrate goes, the lake trout were looking for the same conditions they prefer in lakes: cobble with enough space between stones that whitefish and sculpin can’t easily eat their eggs. Compared to the Great Lakes, these riverine spawning locations aren’t nearly as deep, but other conditions match up pretty closely.

Of course, rivers change based on flow conditions each year. Wet years will have different conditions and extremely high or low flows in rivers and streams can disturb habitat. This means lake trout who like to spawn in the river may vary where they spawn based on what habitat is available.

The work could be used to help locate and restore other remnant river-spawning lake trout populations around Lake Superior.

He said there is interest in looking at the Montreal River next to see if any lake trout are still using it to spawn, and using this information about suitable habitat to restore river-spawning lake trout to some of the other rivers they historically used, such as the Agawa, Michipicoten and Pukaskwa rivers.

The work was funded by the Ontario Ministry of Natural Resources and Forestry, and the Canada-Ontario Agreement on Great Lakes Water Quality and Ecosystem Health. Under the Great Lakes Water Quality Agreement, Canadian and US governments work to support the purpose of Annex 7, Habitat and Species, by “conserving protecting, maintaining, restoring and enhancing the resilience of native species and their habitat.”