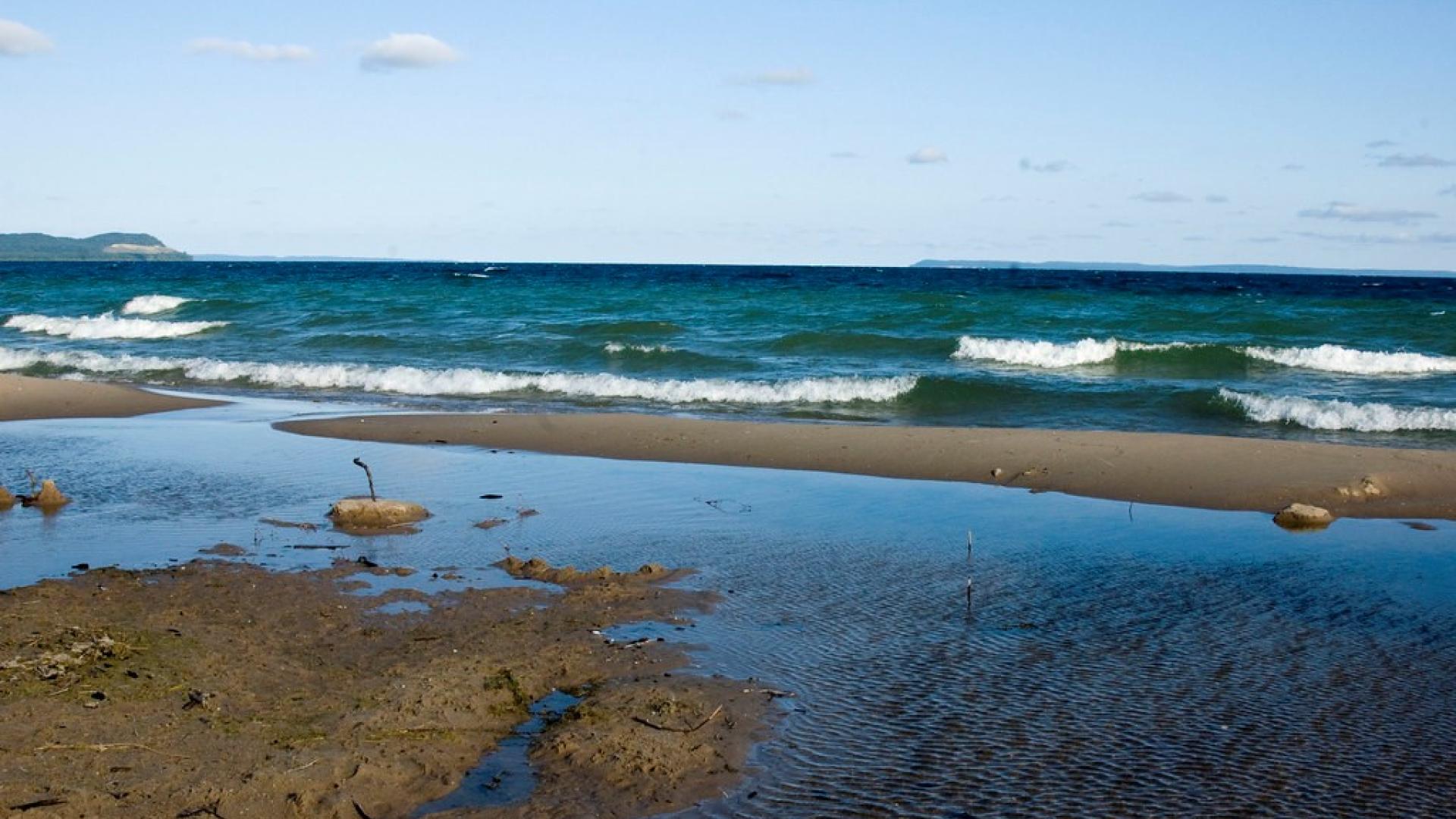 Lake Michigan’s Good Harbor Reef has been plagued with avian botulism and excessive amounts of algae since invasive zebra and quagga mussels settled onto its rocky floor in the late 1980s-early ’90s. A pair of experiments aim to see if it’s possible to get this population of invaders under control, and what impact that might have on the local ecosystem. If successful, these experiments could pave the way for similar control and removal efforts in other Great Lakes bays and tributaries.

Invasive dreissenid mussels are native to the Ponto-Caspian region of Eastern Europe and prolific filter feeders, devouring plankton from nearshore waters. The subsequent reduction in phytoplankton – which converts sunlight and nutrients into usable food for other organisms – has had a knock-on effect up the food web, reducing fish populations.

As a result of mussels eating phytoplankton, the water is clearer and mussel waste fertilizes the lake bottom. But this fertilization allows bottom-dwelling algae species like Cladophora to spread into massive mats.

While records are sparse, Good Harbor Reef is known to have been a major spawning habitat for species like lake trout and whitefish, making it a prime testing ground for control techniques that could be applied at other reefs and spawning habitat throughout the Great Lakes.

The first experiment involved crews going into the water in 2016 to manually remove the invasive mussels from the rocks, while the second – to begin as soon as August if permitting is completed in time – will see targeted, direct applications of the mussel-killing substance Zequanox to the rocky reef bottom.

The sites will be monitored to see if the mussels reestablish themselves on the reef and what effect there is on the bacterial community and excessive nuisance algal growth - two issues linked to the ecological changes brought on by the filter-feeding mussels. The manual removal project has been in the monitoring phase for several years, and the initial results seem promising, said Julie Christian, chief of natural resources with the Sleeping Bear Dunes National Lakeshore.

According to Christian, over the monitoring period the scientists noticed that rocks scraped for mussel and algae samples weren’t being recolonized quickly. Interested in seeing if this could be applied on a larger scale and bring the site closer to its pre-invasion conditions, divers started going out in 2016 from the National Park Service, University of Wisconsin-Milwaukee and the local community to physically remove mussels from the rocks in a 40 square-meter (430-square-foot) portion of the reef using putty knives to pry them loose.

“Our early findings show that there is a shift in algae in the area – both in the amount of algae and the composition of algae,” Christian said. “This area has shifted away from Cladophora, which is an important piece of the avian botulism cycle.” Avian botulism is a disease caused by a neurotoxin released by the Clostridium botulinum bacteria. It can kill birds that eat invasive round goby fish, which in turn feed on zebra mussels that eat the bacteria and accumulate the toxin within them.

Christian said the invasive mussels haven’t returned to the part of the reef that was cleaned. The working hypothesis is that the goby has been eating mussels while they are still in their juvenile stage, preventing them from becoming a problem again.

Manual removal is labor intensive and can be expensive, so an environment as vast as the Great Lakes can leave it unfeasible beyond smaller, specific locations. The binational Invasive Mussel Collaborative, coordinated by the Great Lakes Commission (GLC) with funding from the US Geological Survey and Great Lakes Restoration Initiative, is interested in seeing if Zequanox can be successfully applied to control mussels and get similar reef-cleaning benefits as manual removal, said Erika Jensen, the GLC project manager.

Zequanox is made primarily out of the dead cells of a bacterial strain called Pseudomonas fluorescens, commonly found in soil and water, which contains compounds that are lethal to zebra and quagga mussels. The invasive mussels eat it, damaging their digestive systems and killing them. Testing indicates that these bacterial cells have no effect on most invertebrates, birds, plants, fish and other native mussels (although European brown trout can be affected), and the treatment is biodegradable and does not persist in the environment.

When the Zequanox is applied, a containment system will be placed on top of the test site on the reef, Jensen said. This should kill the mussels outright, providing an opportunity to monitor the results. The GLC and its project partners are interested in seeing if the shells would wash away naturally, as well as the response from the surrounding ecosystem (i.e., fish spawning activity, round goby activity, Cladophora growth, and benthic and microbial community responses). Jensen said that if all goes well, the Zequanox application would take place in August, when the weather is calmest and the water warmest.

By applying the Zequanox to the reef floor directly, officials hope to see if that would be a viable approach to usage in a broad environment. Normally, Zequanox is applied throughout the water column, but this targeted approach would end up using less of the substance, which might make it more economical as well.

Jensen notes that the project’s small scale makes it unclear how big an ecosystem response they might see, but the work should provide some indication of what might be possible on a larger scale. After the Zequanox is applied, the University of Wisconsin-Milwaukee’s School of Freshwater Science will collaborate with the Michigan Department of Natural Resources and the University of Michigan to monitor the site for several weeks; the GLC and project partners hope to be able to continue monitoring in 2020.

Scientific Institute of the Month: School of Freshwater Sciences 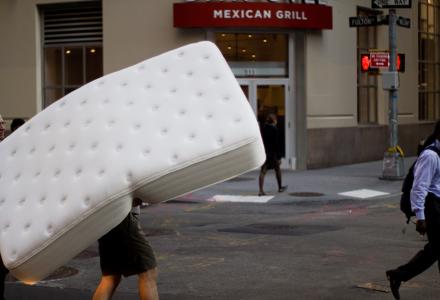 Mattress Recycling as an Example of Extended Producer Responsibility Programs 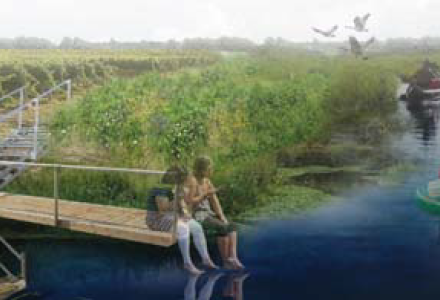 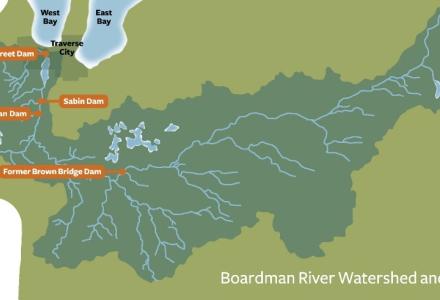 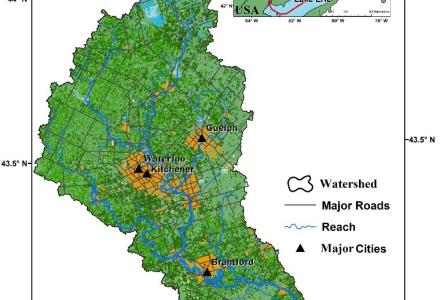