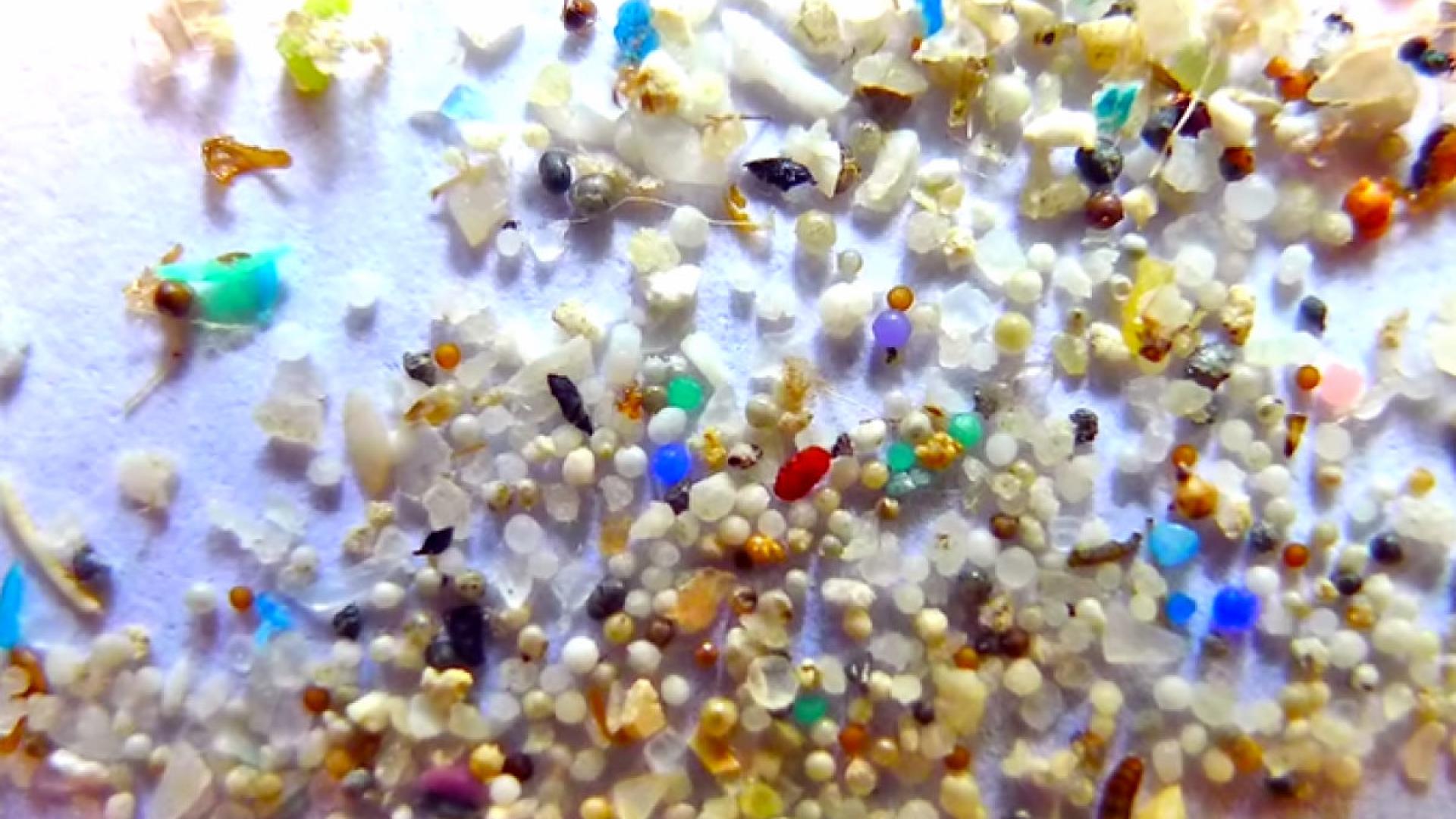 Considering the ubiquity of plastic in today’s society, it’s difficult to realize how recently the mass production of plastics began.

The initial commercial development of thermoplastics such as polyvinyl chloride, low-density polyethylene, polystyrene and polymethyl methacrylate began with the advent of World War II in 1939. Natural rubber was in short supply and extensive research was completed to develop synthetic alternatives. Large-scale production of polyethylenes in the late 1970s reduced their costs dramatically, and new applications were discovered – from cars to personal care products.

One of the negative side effects of this mass production is that petroleum-based plastics now make up about 60-80 percent of all marine litter or debris, from the oceans to the Great Lakes. Of this, the majority are microplastics.

Microplastics are so tiny that they can bypass wastewater treatment processes and end up in lakes, where they disintegrate in the water, shoreline and lakebed, remaining for hundreds of years.

The plastics have a pervasive presence in the Great Lakes. Researchers at the State University of New York, for example, estimate that Lake Ontario contains 1.1 million particles per square km. Elsewhere, 46,000 particles per square km have been measured in Lake Erie, 17,000 in Lake Michigan and 6,000–8,000 in Lakes Superior and Huron. Of the microplastics pollution in Great Lakes waters, at least 20 percent are microbeads.

Early patents for microbeads in personal care products began in the late 1960s. They were not regularly included commercially until the 1990s when they were considered a go-to source of innovation in personal care products. Manufacturers added them to hundreds of personal care products, including cosmetics, lotions, face washes, toothpastes, shampoos, sunscreens, shaving creams and exfoliators, for the silky texture they create. Microbeads also can function as bulking agents, exfoliants, as a tooth polisher, and to prolong shelf life by trapping and adsorbing degradable ingredients.

Prior to the widespread use of synthetic microbeads, manufacturers used naturally abrasive materials including cocoa beans, ground almonds, ground apricot pits, sea salt, ground pumice and oatmeal, which biodegrade when released in the environment.

Because of their pervasiveness and tiny size, microbeads are virtually impossible to remove from the environment, especially water. Prevention through legislation by banning the manufacture and sale of products containing microbeads is a key mitigation strategy. Until bans in Canada and the United States occur, citizens can support existing legislation and use their purchasing power to support companies that use natural alternatives to microbeads or have already voluntarily eliminated them from their products.

Coming up next: Consumer Decisions Can Curb Microbead Pollution

Other articles in the series: