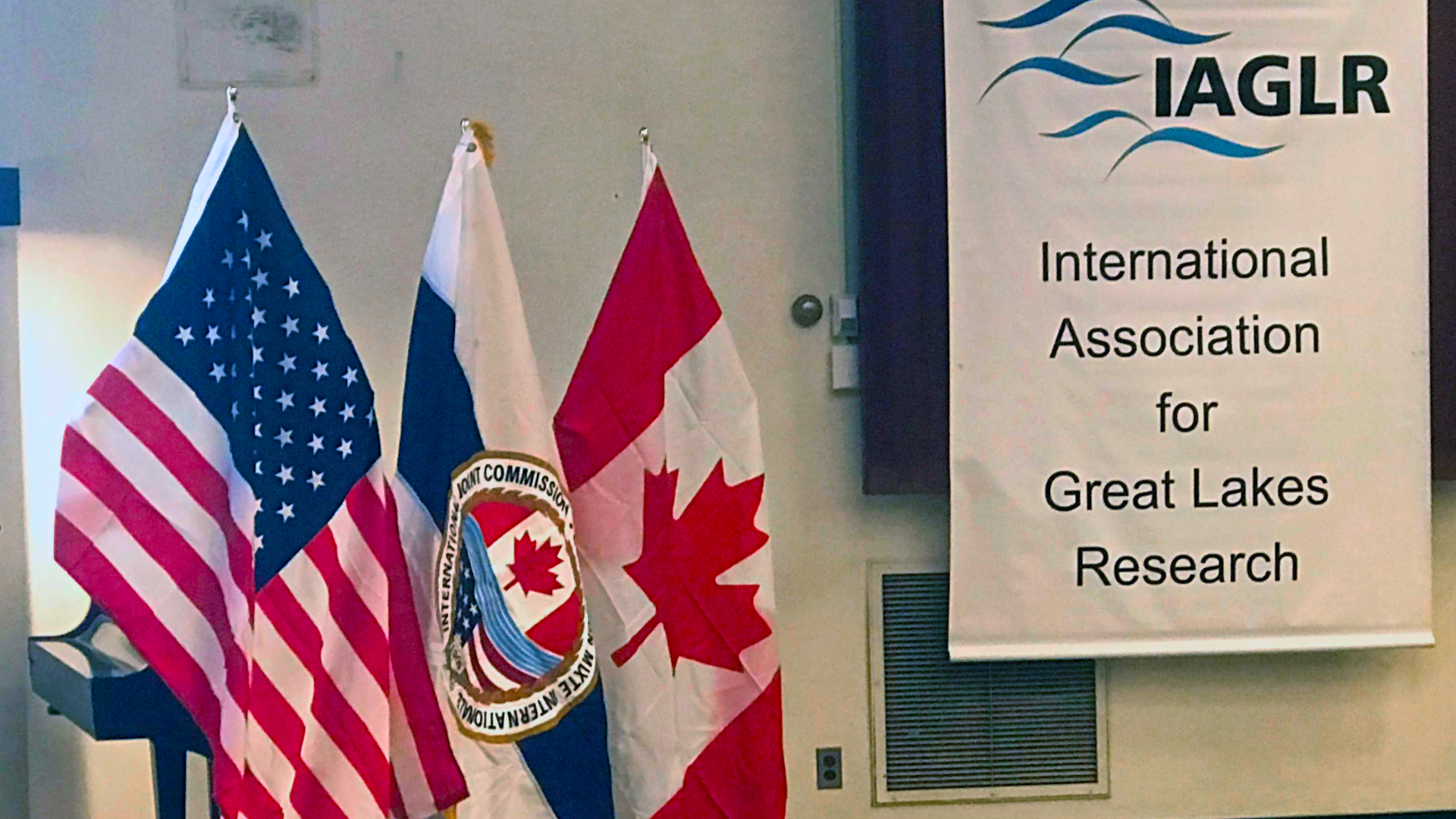 The International Joint Commission (IJC) received an award for service to the International Association for Great Lakes Research (IAGLR), a global lakes research organization. The IAGLR Anderson-Everett Award is given by IAGLR to individuals or institutions in recognition and gratitude for significant and continued contributions to the association. The 2020 Anderson-Everett Award celebrates the IJC’s Great Lakes advisory boards’ and office staff’s long-standing partnership with IAGLR.

“On behalf of the IJC, thank you to IAGLR for this public recognition of the IJC Great Lakes advisory boards and staff, past and present,” said Jane Corwin, IJC US co-chair.

“Lakes know no political boundaries. The IJC and IAGLR share a mission in taking a transboundary approach to informing policy decisions with the best science available. We look forward to continuing our tradition of partnership with IAGLR to advance that mission,” said Pierre Béland, IJC Canadian co-chair.

The recipient of the Anderson-Everett Award is selected each year by the IAGLR board’s past president and confirmed by the IAGLR board executive committee. The award was presented at IAGLR’s 2020 virtual conference on Wednesday, June 10.

“Since the IJC Great Lakes advisory boards and regional office were created in 1972 by the Great Lakes Water Quality Agreement, IAGLR has benefitted from their enduring commitment and support,” said Michael Twiss, IAGLR past president.

“Further, the science that our IAGLR members undertake does not exist in a vacuum. The Great Lakes Water Quality Agreement is the major policy driver for advancing the fundamental and applied research conducted by our community of members in the Laurentian Great Lakes region. The IJC Great Lakes advisory boards and IJC staff continue to demonstrate leadership in facilitating the integration of policy and science to advance the principles and objectives of the Great Lakes Water Quality Agreement,” he said.

“The IJC has a tradition of collaboration, and is supported by fact-based science, so being recognized with the IAGLR Anderson-Everett Award this year is a tribute to the dedicated efforts of our volunteer board members and the Great Lakes team, past, present and future,” said David Burden, IJC Great Lakes Regional Office director.

IAGLR began conferring the Anderson-Everett award to individuals and institutions in 1979. The award honors the efforts of David Anderson and Margaret Everett for their significant early contributions to IAGLR and the Laurentian Great Lakes.

The IJC was established by the Boundary Waters Treaty of 1909 to help the governments of Canada and the United States prevent and resolve disputes over use of the waters shared by the two countries. The IJC’s responsibilities include reporting on progress made under the Great Lakes Water Quality Agreement to restore and maintain the chemical, physical and biological integrity of the Great Lakes and connecting waters.