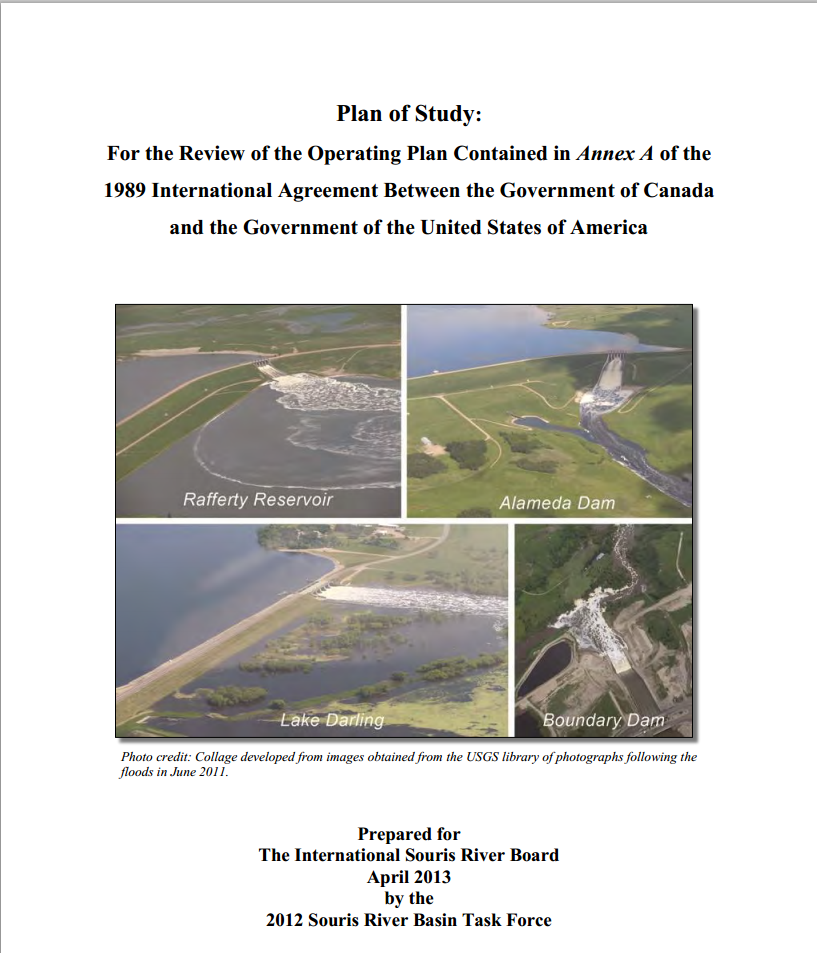 In response to public concern about increased severe flooding, the International Joint Commission (IJC) has sent a letter to U.S. Secretary of State John Kerry and Canadian Minister of Foreign Affairs John Baird recommending funding of the Commission’s proposed Plan of Study for the Souris River Basin.

The Plan of Study evaluates alternative regulation methods to those listed in Annex A to the 1989 Canada-United States Agreement for Water Supply and Flood Control in the Souris River Basin.

Unprecedented flooding of the Souris River in 2011 has caused concerns for those living within the basin, which lies in the provinces of Saskatchewan and Manitoba as well as the state of North Dakota.  Due to these concerns, the IJC’s International Souris River Board, which oversees flood operation and the apportionment of river flows, established the Souris River Basin Task Force in February 2012 to develop study options.

The Task Force identified three funding options for the study, from just over $1M for the most basic assessment to $2.14M for the most comprehensive analysis.  After receiving input from the International Souris River Board, stakeholders, and the public, the IJC supports the Task Force’s recommendation that the governments approve implementing the $2.14M plan.  This particular plan would examine both the 1989 International Agreement and its operating rules to allow for the new flood control provisions.  Two years would be needed to complete the proposed plan and the cost would be shared equally between the U.S. and Canadian governments.

The International Joint Commission was established under the Boundary Waters Treaty of 1909 to help the United States and Canada prevent and resolve disputes over the use of the waters the two countries share.  Its responsibilities include considering applications for projects that affect the natural levels and flows of boundary waters.