The end of the freshet in the Kootenay Lake basin occurred August 6, when the lake level at the Nelson gauge dropped below 1,743.32 feet or 531.36 meters (Figure 1). The rule curve for Kootenay Lake as outlined in the International Joint Commission (IJC) 1938 Order of Approval will now be measured at Nelson until September, with the lake level being kept below the 1,743.32-foot mark (Figure 2). On September 1, the rule curve will return to the Queen’s Bay gauge and the lake level kept below 1745.32 feet (531.97 m) until January 7. 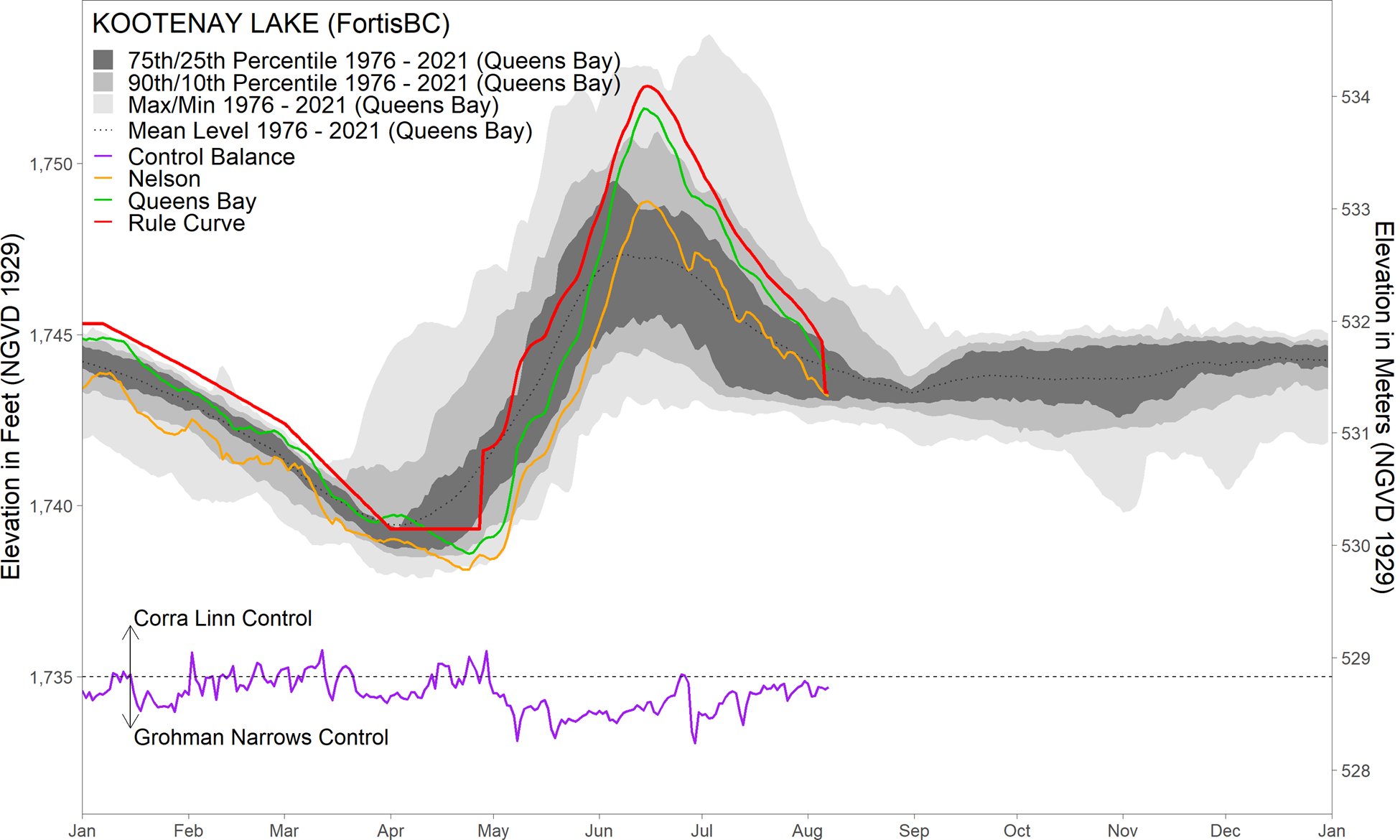 Figure 1: 2022 Kootenay Lake levels at Nelson (orange) and Queen’s Bay (green), and maximum lake level defined by the IJC 1938 Order of Approval rule curve (red). Control balance for Kootenay Lake is shown by the position of the purple line relative to the dashed line. 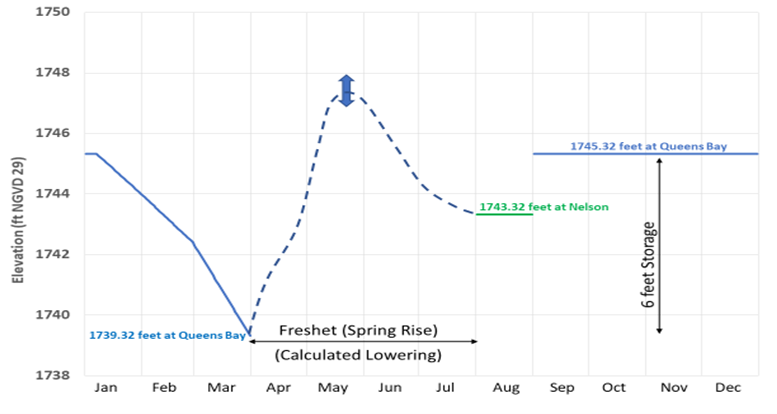 This year’s peak water elevations were near the historical maximums for their respective locations. However, the timing of the lake elevation peaks were in line with the historical average. Grohman Narrows, the natural geologic constriction upstream of Corra Linn Dam, has been determining discharge from Kootenay Lake (shown on the purple line in Figure 1) since the spring rise began on April 27. The dam was in control only for short, two-day periods in late April and late June.

Inflows to Kootenay Lake reached a maximum of 101,000 cubic feet per second (2,854.3 cubic meters per second) on June 11, a historical maximum for the day (Figure 3). Although this year’s peak inflow was in the upper range of the historical record, it was lower than historical record freshet peaks and occurred about three weeks later compared to the historical average.

The spring snowpack in the East Kootenay basin, as measured at the Moyie Mountain Provincial snow pillow station, was on par with historical levels. The snowpack in the West Kootenay basin, as measured at the Redfish Creek station, was consistently higher than the historical average (Figure 4). The peak snow water equivalent at Redfish Creek (75.43 inches, 1,915.8 millimeters) was in the upper ranges of the historical record and occurred much later compared to previous years. Seasonally cool spring temperatures in the basin caused a much-delayed snowmelt, contributing to the late freshet peak in Kootenay Lake inflow.

Real-time hydrologic conditions for the Kootenay (Kootenai) basin can be found at the Canada Water Office website and the US Geological Survey WaterWatch website, with additional information found on website of dam operators Fortis BC. 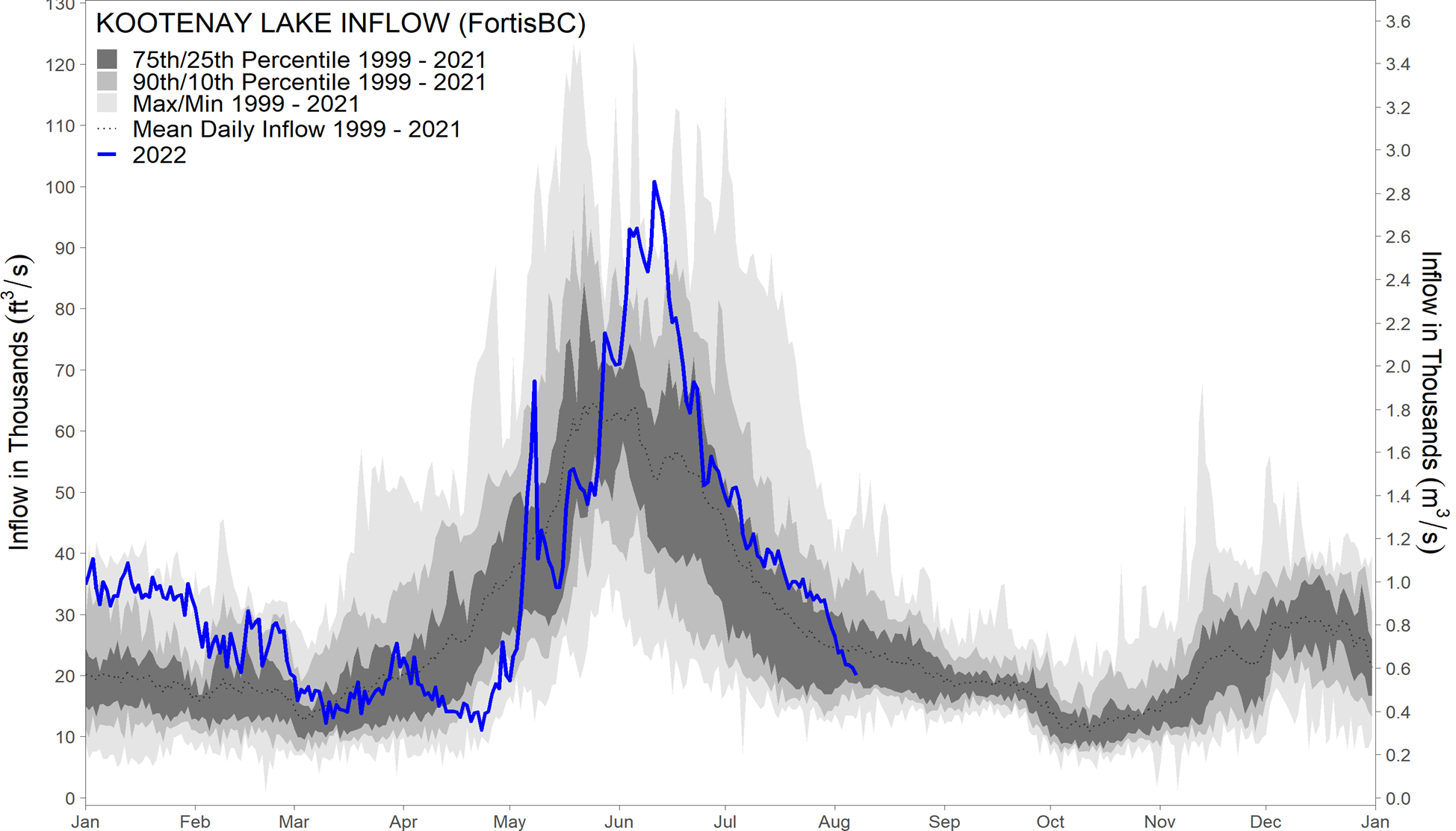 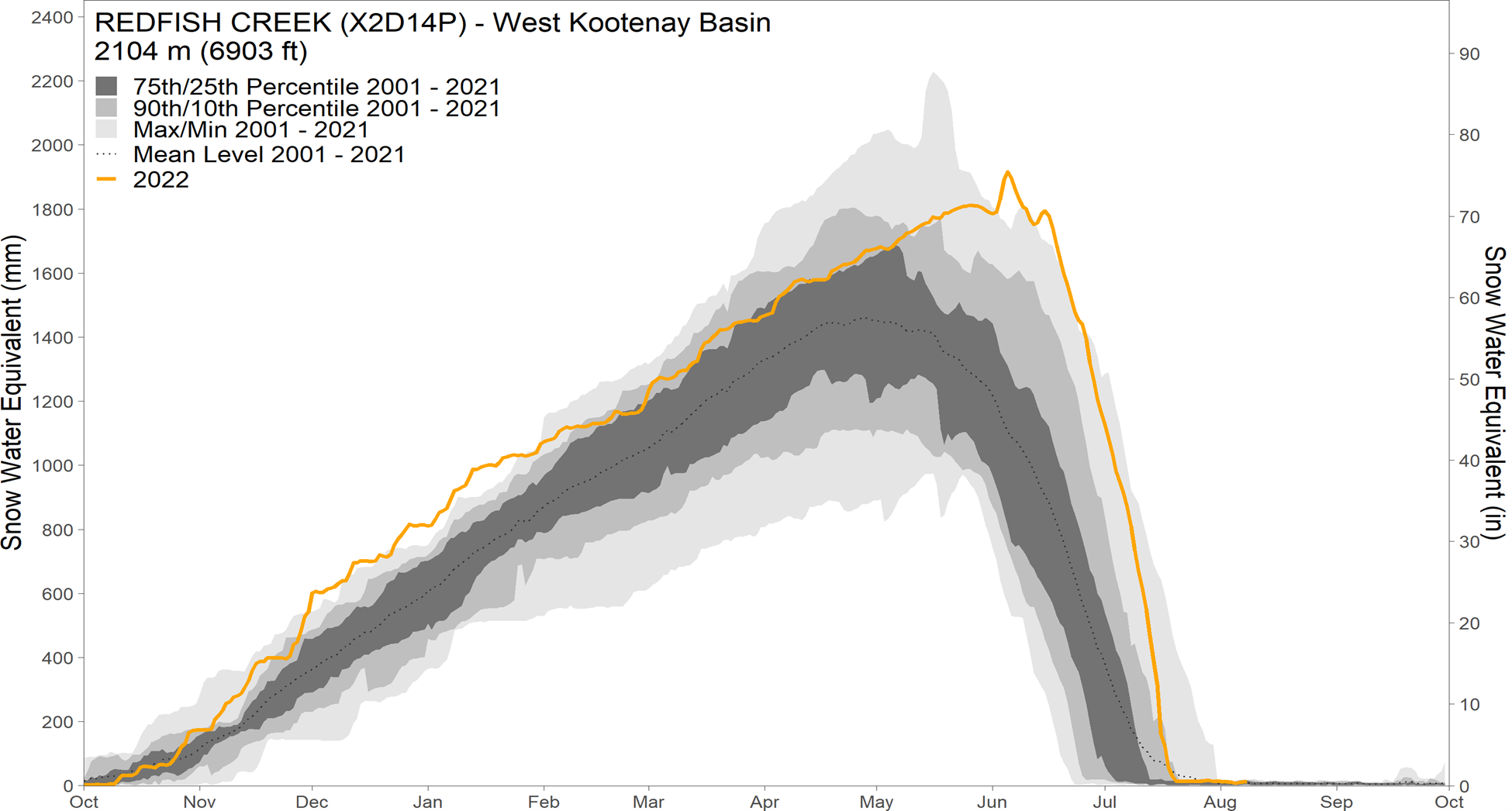