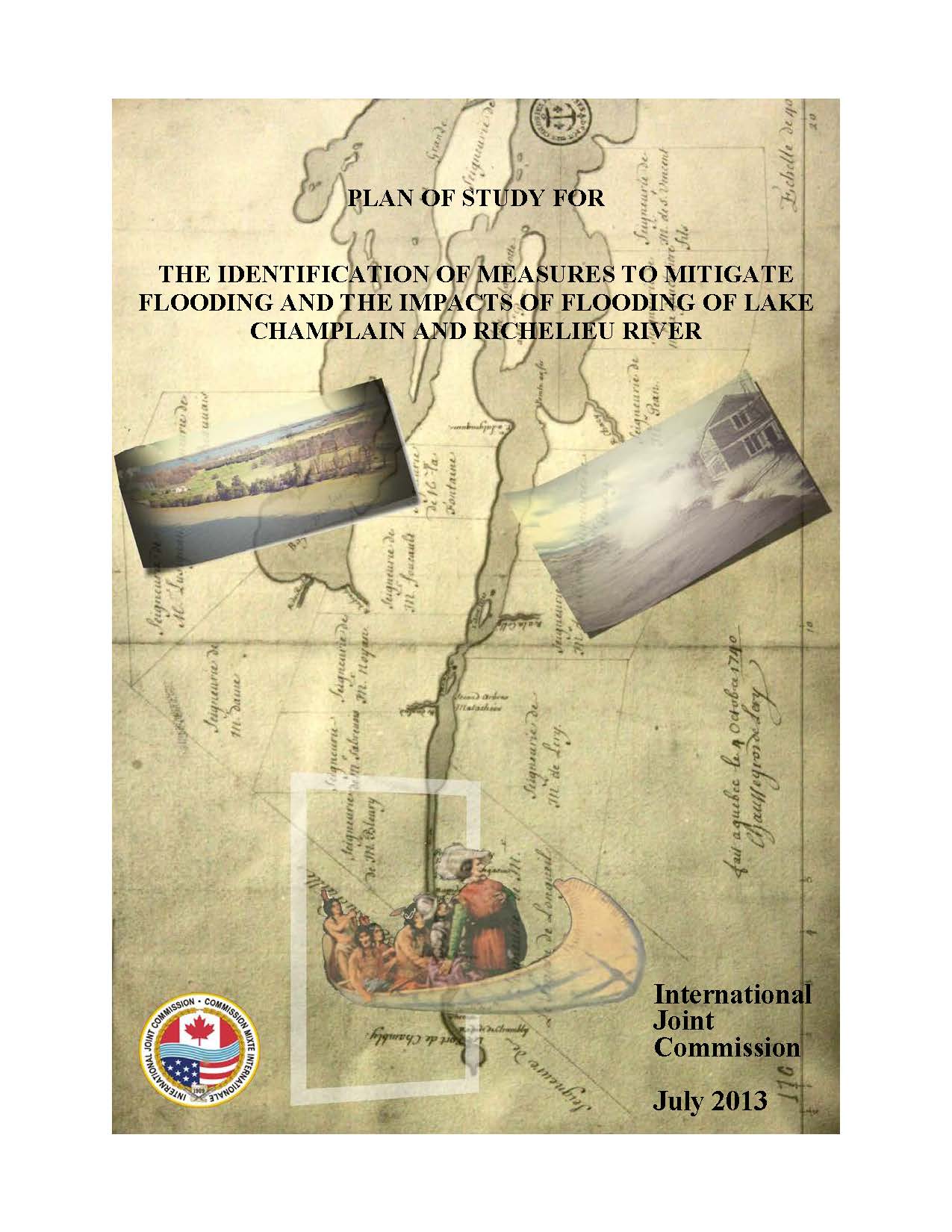 The International Joint Commission (IJC) delivered recommendations to Canada and the United States today regarding a Plan of Study for flooding in the Lake Champlain Richelieu River basin.

The Lake Champlain Richelieu River basin exceeded the flood stage for 67 days in the spring of 2011, damaging nearly 4,000 homes and creating tens of millions of dollars in damage. At the request of the two governments, the IJC established the International Lake Champlain-Richelieu River Work Group in March 2012 to draft a plan to study the causes of the spring 2011 flooding, analyze flood mitigation solutions, and develop possible structural and non-structural flood mitigation measures on Lake Champlain and the Richelieu River.  The Work Group developed three separate study options at increasing funding levels.

Taking into account the input received at public meetings and through written comments from municipal officials and stakeholders, the IJC recommends that governments invest in the enhanced suite of models proposed by the Work Group that will provide the framework for the most comprehensive assessment of possible flood measures for the basin, at a projected cost of $14 million over five years.

"The recommended study will improve understanding of the positive and negative impacts of structural and non-structural flood mitigation options and their impact on the basin’s resources, environment, and multiple water users" said Commissioner Dereth Glance.

The IJC also recommends that the governments establish a binational Study Board, composed of an equal number of representatives from both countries, to coordinate the study.  This Study Board would also establish ongoing consultation with local governments and the public, as well as periodic reporting of findings.

"In determining appropriate action for the common good, a comprehensive study would rely on public engagement and the involvement of authorities at all levels. We are hoping the Canadian and U.S. governments act quickly on the recommendations in our Plan of Study" said Commissioner Benoît Bouchard.

The International Joint Commission has previously studied the regulation of Lake Champlain and the Richelieu River in reports released in 1937 and 1981.

The International Joint Commission was established under the Boundary Waters Treaty of 1909 to help the United States and Canada prevent and resolve disputes over the use of the waters the two countries share.  Its responsibilities include considering applications for projects that affect the natural levels and flows of boundary waters.