In 2016, as a result of catastrophic flooding along Lake Champlain and the Richelieu River in spring 2011, the governments of Canada and the United States instructed the International Joint Commission (IJC) to “fully explore the causes, impacts, risks and solutions to flooding in the Lake Champlain-Richelieu River basin.” The IJC established a Study Board to oversee the Study and to provide recommendations. The IJC also established a Public Advisory Group to assist the Study Board with engaging the public over the course of the Study. The Public Advisory Group publishes this bimonthly newsletter to help keep the public informed about the Lake Champlain Richelieu River (LCRR) flooding Study. 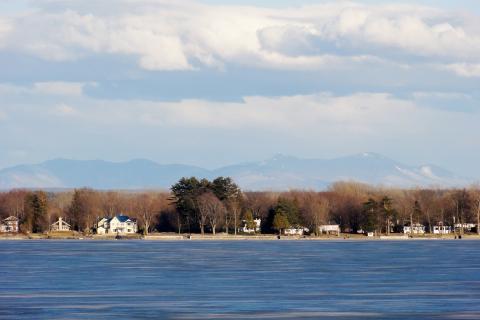 Letter from the Study Board Co-Chairs

With 2020 drawing to a close, we are proud of the work the Study members have been able to accomplish during an unprecedented year with pandemic-related challenges at every turn. Despite the closure of the US-Canada border, the restrictions on gatherings that turned our public meetings into virtual events, and the limitations of working from home, progress continued.

As we write this edition of the Current, we are in the middle of offering a series of technical webinars through which Study scientists are sharing some preliminary findings of their research. If you have been unable to participate, recordings of these webinars are available on the home page of the Study website under Feature Videos. Two technical webinars are still to come focused on the following: floodplain management considerations, and results of risk perception surveys, vulnerability and other social science studies. As we look to 2021, we anticipate a busy year of communications to the public, as the various technical working groups wrap up their research and present their findings in numerous reports. The first, Potential Structural Flood Mitigation Measures for the LCRR Basin, is expected to be released early in 2021.

We thank you for your continued interest in the Study and we hope you all remain well.

In September, the LCRR Flood Study welcomed Mae Kate Campbell as the new U.S. Study manager. Mae Kate first became involved with the Study in January 2020 as the U.S. secretariat when she was hired by the Lake Champlain Basin Program. Her intellect and organizational skills became apparent quickly, and she was asked to expand her role when the previous US Study manager stepped down to accept new responsibilities with the US Geological Survey (USGS). 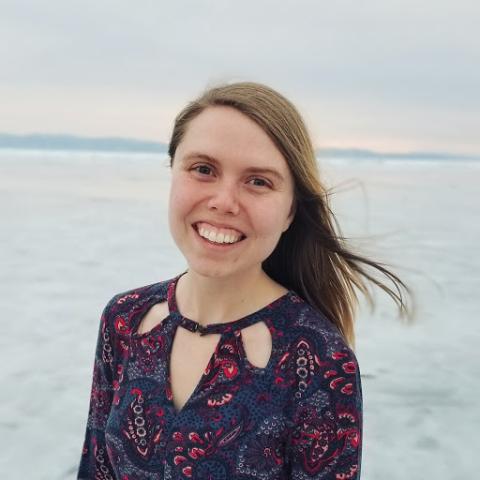 “My top priority is making sure that the Study is running smoothly,” Mae Kate said, “helping to ensure that the various entities and working groups involved in the Study are receiving the resources they need, that connections are being made, and that information is being conveyed effectively.”

Because of the pandemic, all Study meetings have been virtual since March, and though Mae Kate hasn’t had an opportunity to meet most of the team in person, she has been impressed with the dedication and resourcefulness of the Study members. “It’s clear to me that everyone understands the importance of the work we are doing and I am excited to be contributing.” And while 2020 has been difficult in so many ways, Mae Kate said she was pleased with how the Study was able to pivot to virtual public meetings this fall that drew sizable online audiences in both the United States and Canada.

A Burlington, VT, resident (“I am just a 10-minute walk to beautiful Lake Champlain!”), Mae Kate earned her bachelor’s degree in geology with a minor in environmental studies from Oberlin College, and is wrapping up her master’s degree in geology at the University of Vermont.

While flooding has not been a significant issue in recent years, Mae Kate recognizes as a scientist the importance of a flood Study. “While the 2011 flood may seem long ago, periodic large flood events are part of the reality of living in this watershed. As more areas are paved and forested areas developed, in addition to climate change causing stronger storms, preparing now for future floods is smart planning.”

Continuing our series highlighting subject matter experts who are working closely with the Study Board, we spoke with Rose Paul, the U.S. co-lead for the Resource Response (RR) Technical Working Group.

The Resource Response Technical Working Group (or TWG) is focused on developing Performance Indicators and assisting in modeling work for the flood Study. Performance indicators are quantitative measures designed to reflect flood impacts on society, the economy and the environment and are a key tool in the decision-making process for the Study Board. 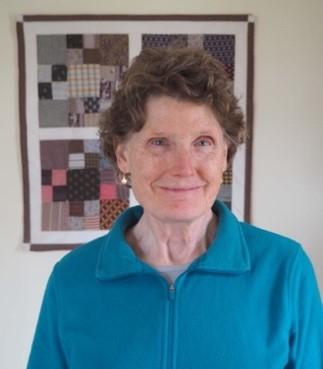 A conservation ecologist with 30 years of experience working for The Nature Conservancy and Vermont state government, Rose joined the Study at its inception and works closely with various experts in the United States. The data she collects are used in modeling forecasts to estimate the impact on performance indicators for different potential mitigation scenarios. Rose also helps write and edit key reports for the Study, such as the Causes and Impacts report and a summary of that report released in March of this year.

A central Vermont resident (and avid gardener), Rose has worked on Lake Champlain issues throughout her career, including representing the Vermont Agency of Natural Resources on the Steering Committee for the Lake Champlain Basin Program in the 1990s that involved collaboration with colleagues in New York and Quebec.

As mentioned above, recordings of a series of technical webinars in both English and French and the presentation slides are available on the Study website.

The Frequently Asked Questions section of the Study website was also updated to reflect questions received during and following the September 2020 virtual public meetings.

Stay updated on the Study Board’s work by signing up to receive electronic updates via our email distribution. Click on our home page (https://www.ijc.org/en/lcrr