Outflows from Lake Superior and into Lake Michigan-Huron continue to be set in consideration of water levels upstream and downstream. The Board expects the total outflow to be 2,660 m3/s (93.9 tcfs) in August, which is as prescribed by Lake Superior Regulation Plan 2012. Compensating Works Gates #13 and #14 will be raised to a setting of 97 cm (39 in) open on Friday, August 5. Gate #16 will be closed now that sea lamprey trapping has been completed for the season.  There will be no change to the setting of Gate #1, which supplies a flow of about 15 m3/s to the channel north of the Fishery Remedial Dike. Note that Gates #9 through #12 were adjusted on July 12 instead of July 6 as originally scheduled and posted in the July 1 news release. Gates #7 and #8 were raised as scheduled on July 6.

Water supplies were near average in the Lake Superior basin in July. Lake Superior rose 4 cm (1.6 in) last month, which is near the seasonal long-term average rise in July of 5 cm (2 in). Water supplies were drier than average in the Lake Michigan-Huron basin in July. As a result, Lake Michigan-Huron declined 2 cm (0.8 in) last month, while on average the lake remains stable in July.

Depending on the weather and water supply conditions during the next month, Lake Superior may rise by as much as 8 cm (3.1 in) in August, or may begin its seasonal decline. Lake Michigan-Huron water levels may rise slightly in August or may decline by as much as 10 cm (3.9 in). 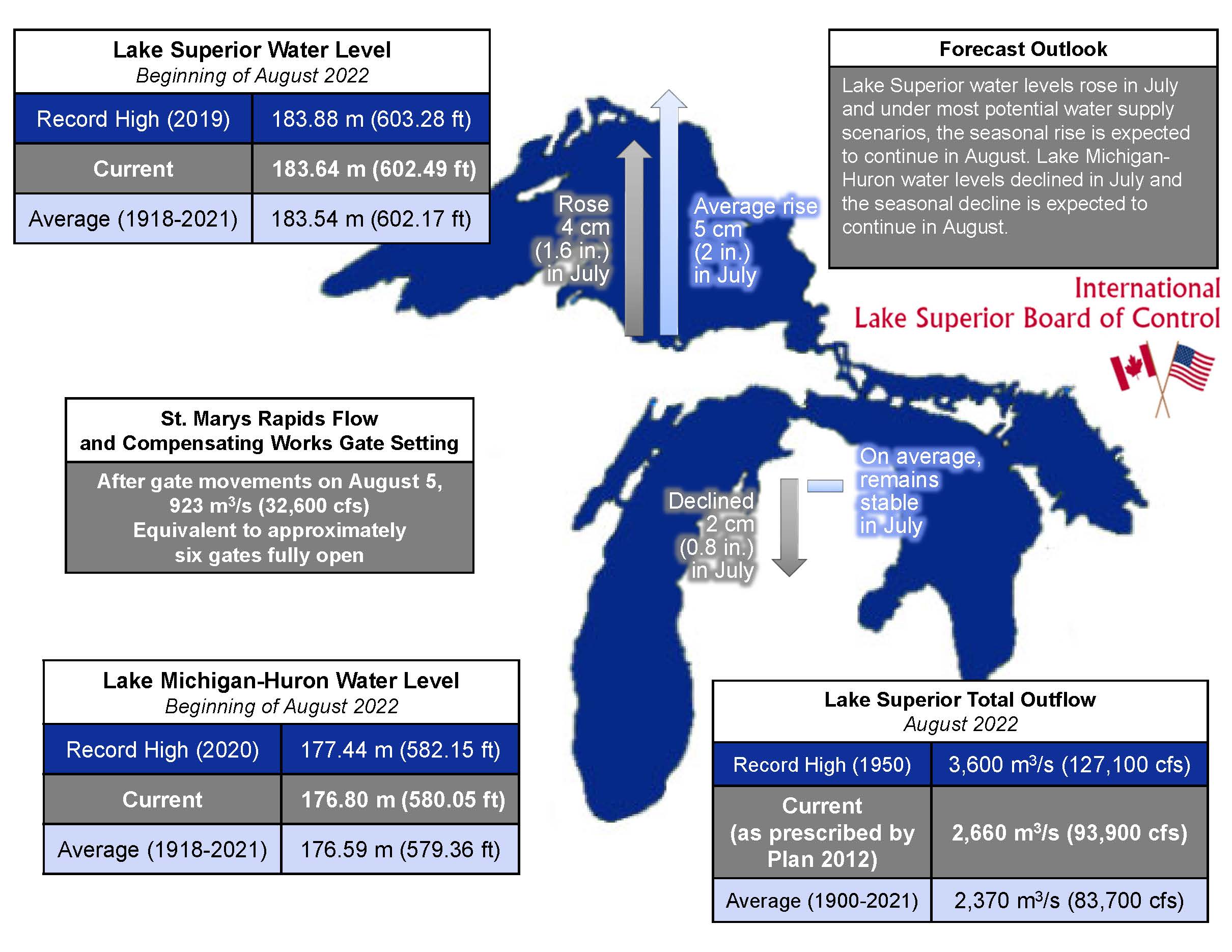