Anglers and other users of the St. Marys Rapids, as reported at the beginning of December, please be advised that a higher than customary gate setting will be maintained this winter to minimize the impacts of ongoing maintenance at the Canadian hydropower facility. The gates of the Compensating Works at the head of the St. Marys Rapids will be maintained at an equivalent of two gates fully open (Gates #6 through #16 partially open 26 cm (10 in) each) in January. A setting equivalent to one-half gate open (Gates #7 through #10 open 20 cm (8 in) each) is typically used during the winter months. A setting of two gates fully open is the maximum allowable winter gate setting under Regulation Plan 2012 to prevent premature ice cover breakup which could result in increased ice jams and flood risk.

The International Lake Superior Board of Control (Board) anticipates that the total St. Marys River flow will be 2,050 m3/s (72.4 tcfs) in January, which is 360 m3/s (12.7 tcfs) less than the flow prescribed by Regulation Plan 2012. When compared to plan flow, the expected January flow deficit is equivalent to approximately 1 cm (0.4 in) added to the water level of Lake Superior and approximately 1 cm (0.4 in) removed from  Lake Michigan-Huron.

Water level changes over the month of December

Water levels as of the beginning of January 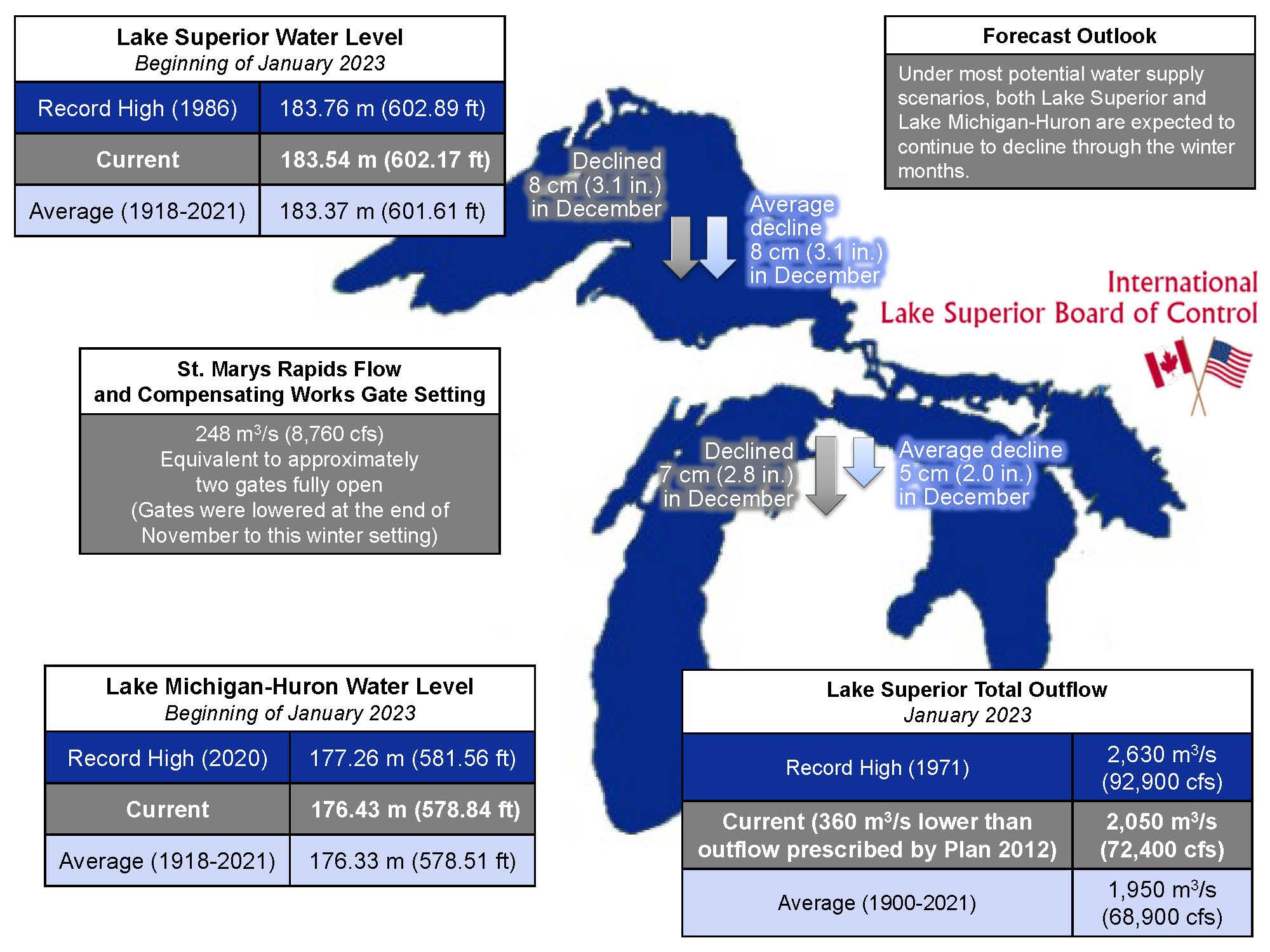