The Board fully implemented Plan 2012 in January 2015.  Plan 2012 was designed to deliver robust performance under a wide range of possible hydrological conditions, compared to the current plan.  Plan 2012 continues to consider the water levels of both Lake Superior and Lake Michigan-Huron, and provides modest benefits for commercial navigation, hydroelectric generation, and coastal zone interests under a broad range of water supply conditions.  It will avoid infrequent but serious adverse effects on the spawning habitat of lake sturgeon (an endangered species) in the St. Marys River, and allow for more natural flows in the river overall, as Plan 2012 will provide smaller month-to-month changes in flows compared to the previous regulation plan.  This is an important factor in the sustainability of the river’s ecosystem.

More information can be found below in the Plan 2012 Infographic and Fact Sheet: 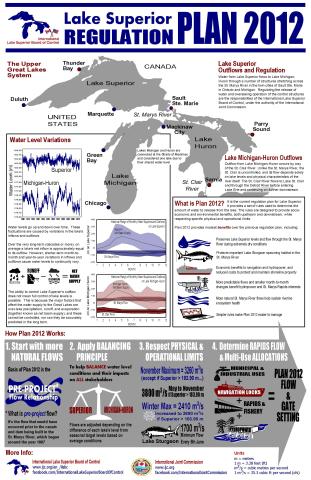 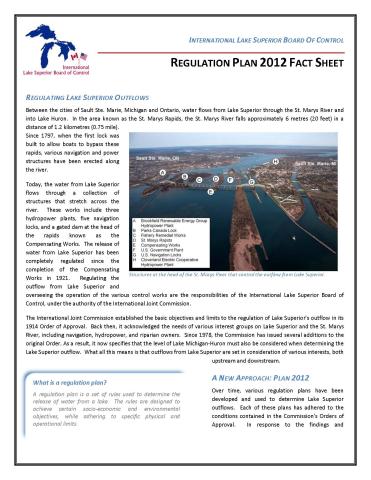