Microplastics are a Potential Vector for Chemical Contaminants 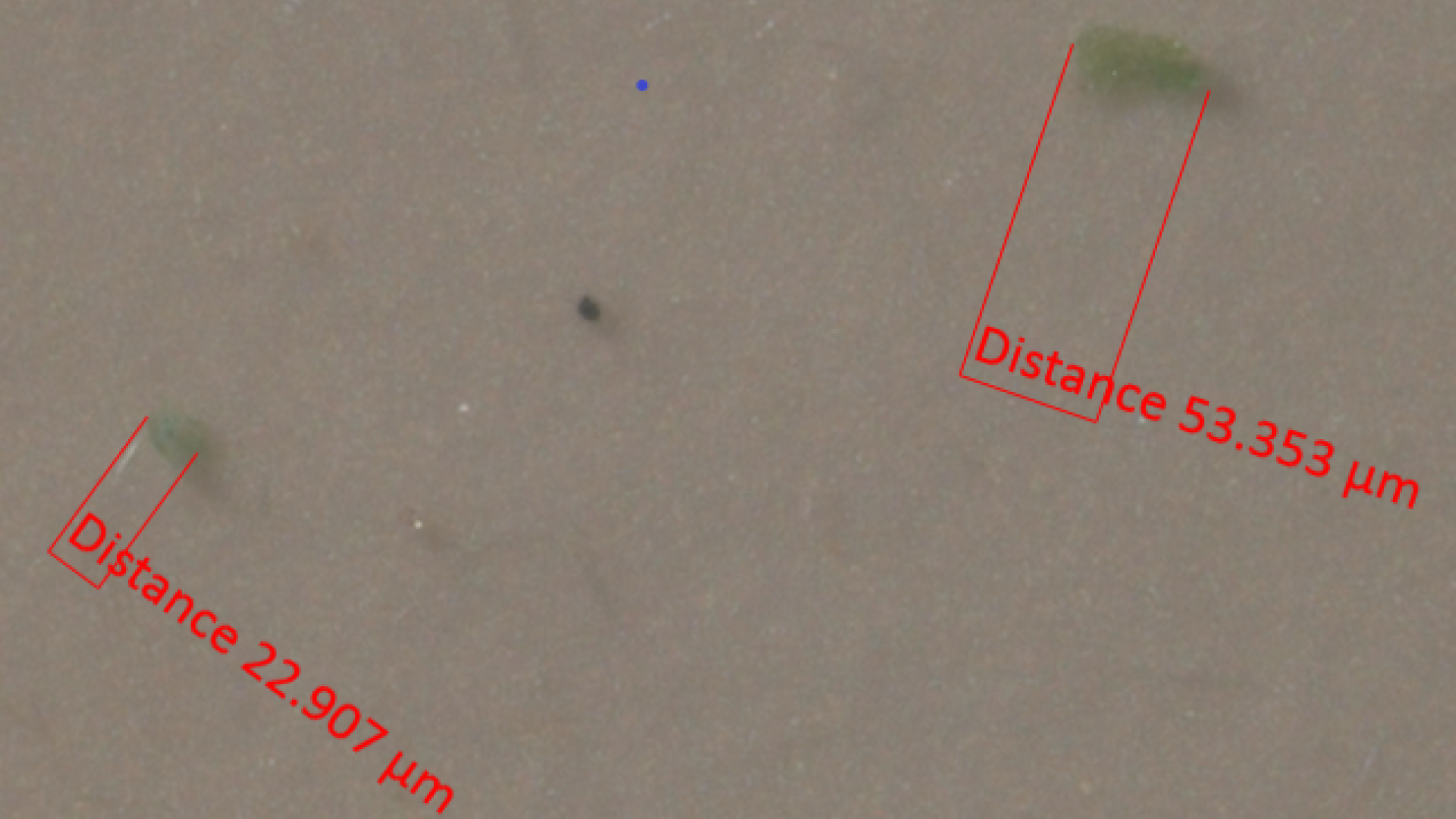 Since the emergence of mass-produced plastics in the mid-19th century, it’s estimated that more than 6.3 billion metric tons of plastic waste have been generated --- equivalent to the weight of 1 billion elephants. Unfortunately, only 9 percent of these materials are recycled. As a result, plastics are now ubiquitous in the environment. Surface waters, such as our oceans and the Great Lakes, are the final destination for many of these materials and plastic is the most common marine debris found.

Microplastics are extremely small materials (less than 5 millimeters in length) that are turning up in just about every surface water sampled globally by researchers. Although some of these materials were originally designed to be very small, such as microbeads used in cosmetics, many are the result of the breakdown of larger plastics over time.

Since plastics are designed to resist degradation, it’s no surprise they can persist in the environment for hundreds of years. Materials such as cardboard or wool can take two to three months to degrade, while plastics products such as straws, water bottles or fishing line can take up to 600 years or more.

Persistent organic pollutants (POPs) are man-made chemicals that, like plastics, are persistent and often ubiquitous in the environment. Many POPs, such as polyaromatic hydrocarbons (PAHs), polychlorinated biphenyls (PCBs) and pesticides such as DDT, are known to exist in the environment. However, new classes of contaminants, such as per- and polyfluoroalkyl substances (PFAS), also are being detected all over the world and have been raising public concern. The International Joint Commission issued recommendations to the Canadian and US governments in 2017 to keep microplastics out of the Great Lakes.

Given the properties of plastics, many have the potential to soak up pollutants from their surrounding environment. To investigate the potential of microplastics to adsorb pollutants, a collaborative effort between the Illinois Sustainable Technology Center at the University of Illinois, along with the Annis Water Resources Institute at Grand Valley State University and the University of Birmingham in the United Kingdom has conducted a field experiment on Lake Muskegon in Michigan.

This team deployed three microplastic types (polyethylene, polypropylene and polyester) at two locations. After one- and three-month durations, the team retrieved the materials and analyzed them for more than 85 different POPs.

In addition to legacy pollutants, the team also found concentrations of PFAS associated with some of their materials that were 259 times the background concentrations. This was quite surprising since the team found that microplastics in laboratory water alone concentrate PFAS at only one-fifth of background levels. This difference of adsorption in the laboratory and the field is most likely due to biological materials enhancing the adsorption of PFAS in the environment.

Although the team found that these materials can concentrate pollutants at hundreds of times the background levels, overall the concentrations are quite low and likely aren’t high enough to effect larger aquatic wildlife such as trout or bass. However, materials used in this study were only deployed for three months and some researchers estimate that many of the microplastics in the environment are decades or more old.

Furthermore, we still do not know if all the different chemicals and biological materials associated with microplastics work together to invoke adverse health effects in organisms that are exposed to them. This highlights the need for further work to explore the potential health effects of microplastics and other materials that can be associated with them. This approach would be more representative to what we find in the environment.

This project was funded by the Allen and Helen Hunting Research and Innovation Fund, Illinois-Indiana Sea Grant, the Illinois Hazardous Waste Research Fund and the Birmingham­-Illinois Partnership for Discovery, Engagement and Education (BRIDGE).

SIDEBAR: Tips for Keeping Microplastics out of the Environment

Avoid single use plastics. Many of these items are designed to last forever yet are only intended for single use. Find ways to replace single use items with reusable items such as grocery bags, drinking cups, cutlery, etc.

Avoid bottled water. Use a reusable water bottle and always keep it with you. Tap water is typically safe and eliminating bottled water from your diet will probably save you money.

Recycle. Although most materials do not get recycled, don’t be discouraged in these efforts. If you don’t try to recycle your waste than there is a zero percent chance that it will be re-used. However, if you do recycle responsibly your waste material will have a fighting chance to be recycled.

Be sure to dispose of items responsibly. Dispose of litter in the proper places and do not allow things outside to become fugitive due to wind or water.

Buy in bulk. Single-serving products typically have a high product-to-packaging ratio. This results in more packing than necessary. Also note that buying in bulk is usually cheaper than buying single serving sizes.