After slowly declining since late July following a dry summer, Osoyoos Lake level reached the targeted winter operational elevation of between 909.45 to 909.55 feet in early December according to the Washington State Department of Ecology, which owns and operates Zosel Dam. Lake level is anticipated to be held within this range until early March when lower elevation snowmelt begins and inflow to Osoyoos Lake increases. The rule curve defined by the International Joint Commission Orders of Approval for Osoyoos Lake allows lake level to be maintained between 909.0 feet and 911.5 feet until March 1, as shown by the black lines on the plot below. 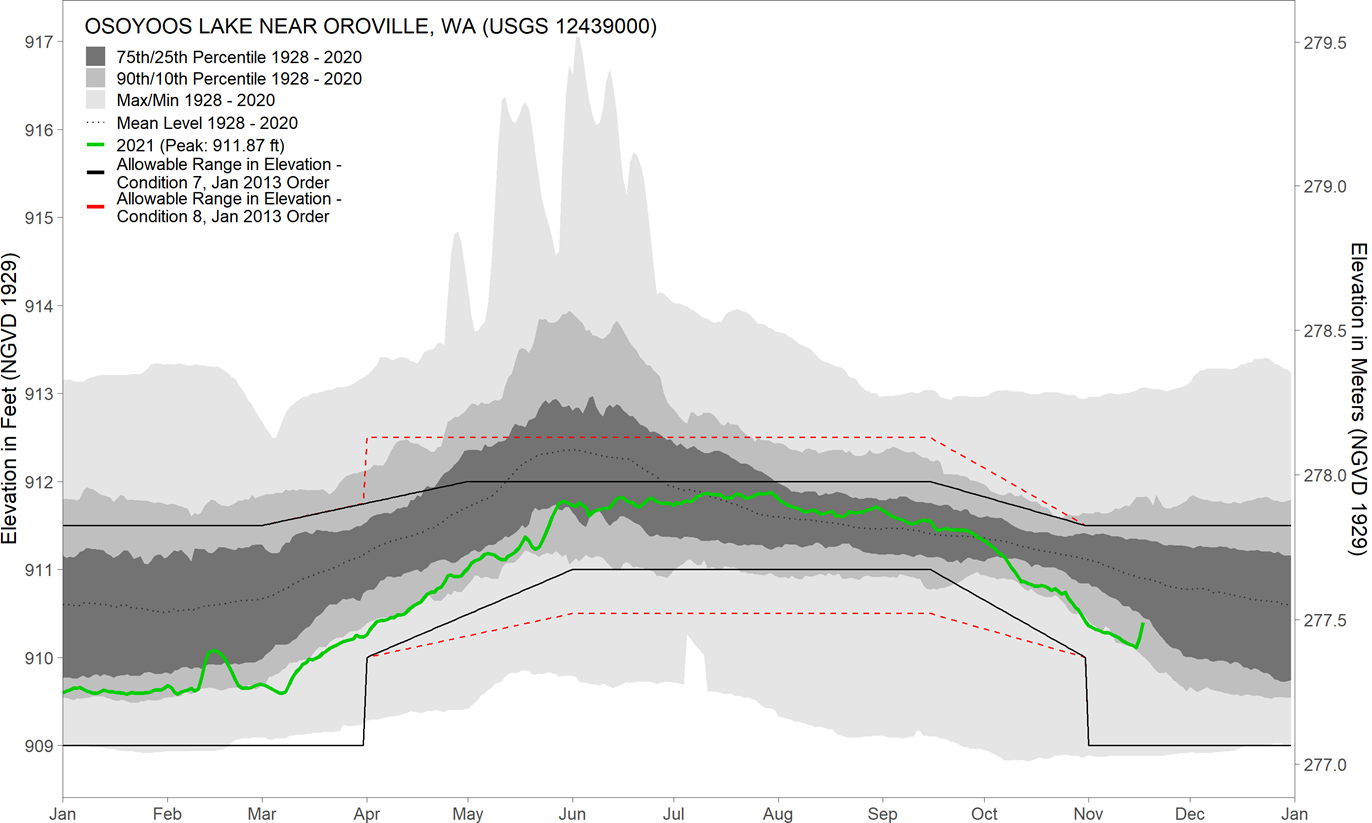