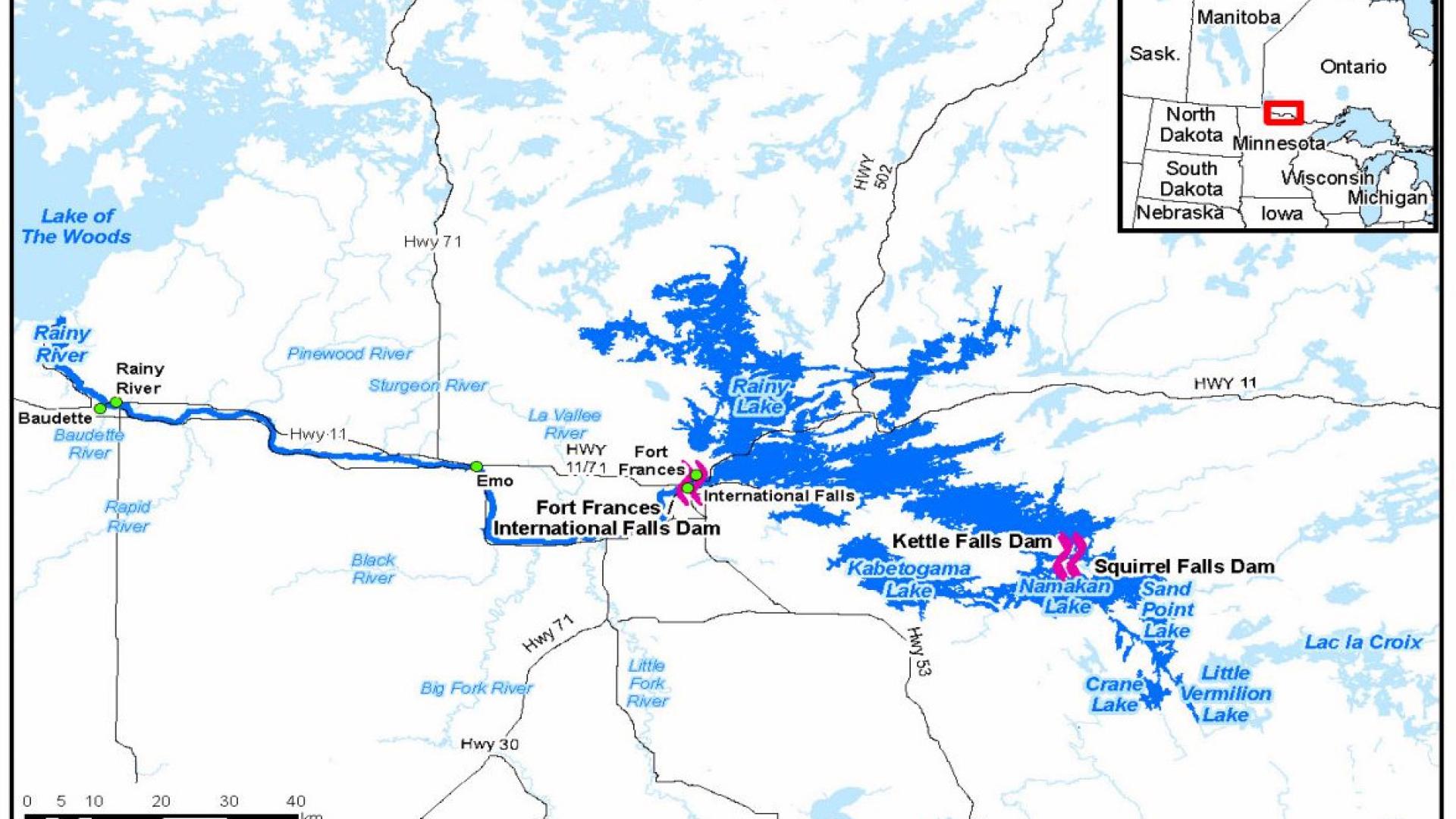 A plane flew in the skies above Rainy Lake and the Namakan Reservoir, along the Canada-U.S. border at Ontario and Minnesota. This wasn’t a joy ride, or a business trip. The flight, late last year, was conducted to collect high-resolution bathymetry data on shoreline and bottom surfaces of the waterways.

The point of the work is to support studies designed to allow managers to assess whether water levels are better, worse, or neutral under the 2000 rule curves for dam operations on the lake and reservoir, compared to previous rule curves from 1970. The project is part of more than 20 studies being conducted to answer questions on current conditions for people, fish and wildlife who call this unique ecosystem home.

There are two sets of dams in the study area: at Fort Frances/International Falls on Rainy Lake to the west, and Kettle Falls/Squirrel Falls on Namakan Lake to the east, each with its own set of rule curves. 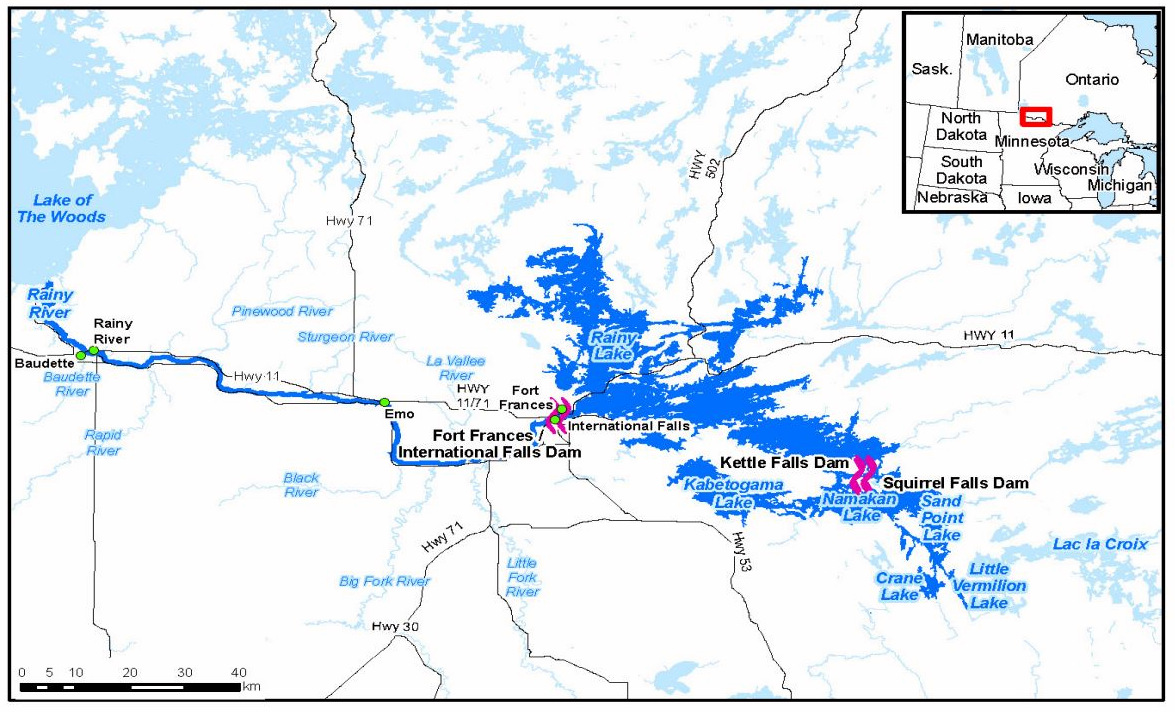 A map of the study area, from the 2000 Rule Curve Assessment Workgroup Report to the IJC.

A set of rule curves refers to the method by which the IJC governs how operators control dam releases of water. The rule curves require water levels to be within a band of allowable highs and lows for specific times of the year in order to balance environmental and economic interests. Researchers are looking at downstream effects of the 2000 rule curves on Rainy River, and upstream effects on the Namakan Reservoir and Rainy Lake. 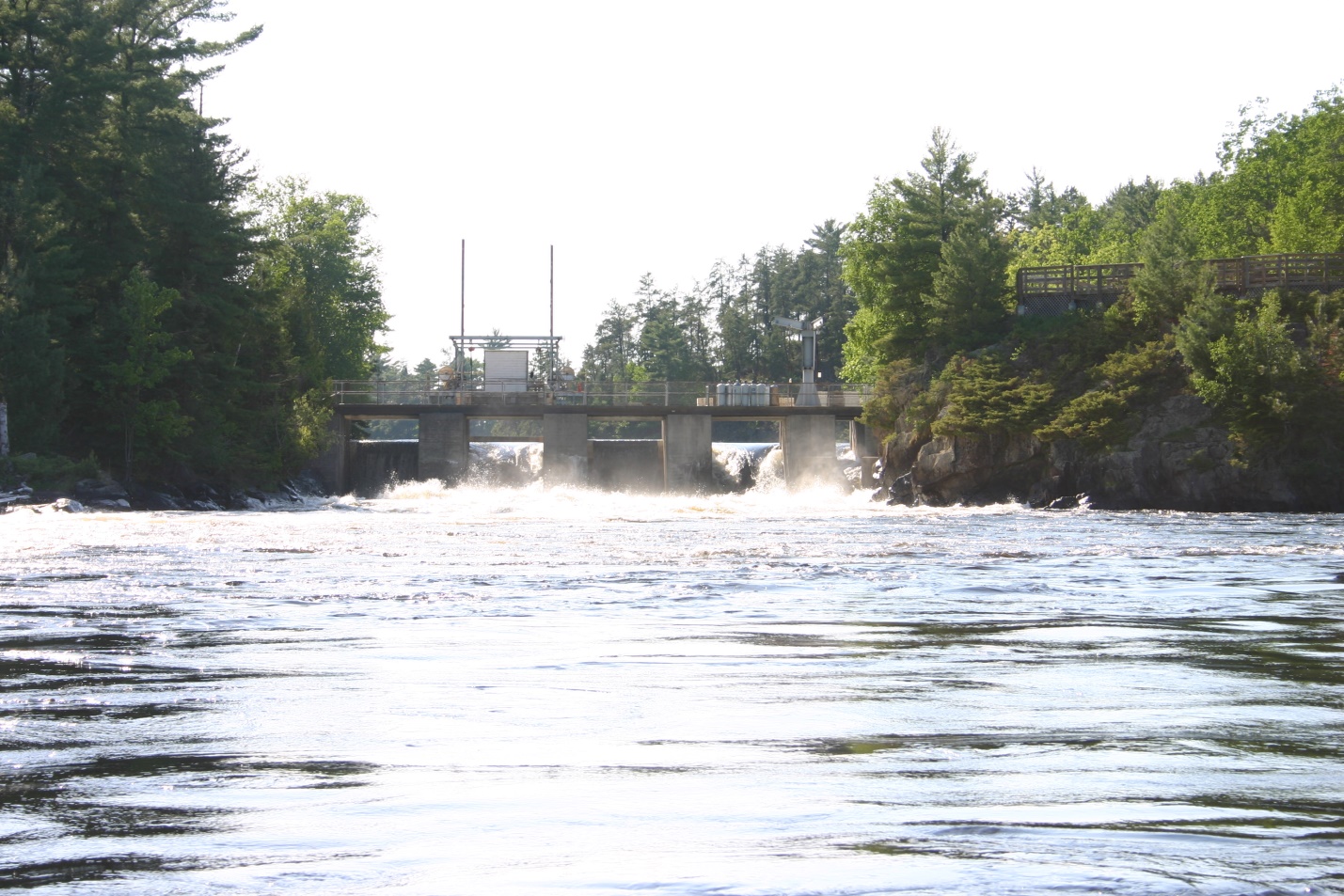 The current multi-part assessment, which began in 2007 with a workshop leading to the development of a Plan of Study, has involved biologists and resource managers from agencies and organizations including Environment Canada, the Minnesota Department of Natural Resources, the Ontario Ministry of Natural Resources, the U.S. Geological Survey, and Voyageurs National Park in northern Minnesota.

To study the system more closely, IJC through a Plan of Study funded the bathymetric LIDAR project in 2012. Bathymetry is the study of the beds or floors of water bodies. LIDAR is a remote-sensing technology that uses pulses of laser light to make measurements of the surface.

The plane that flew last year was mapping the bottom of near-shore spawning areas.

There’s a gap in data for these areas because there’s a limit to how closely boats with measuring equipment aboard can get to such shallow areas. Hence, the need to take the project to the sky. 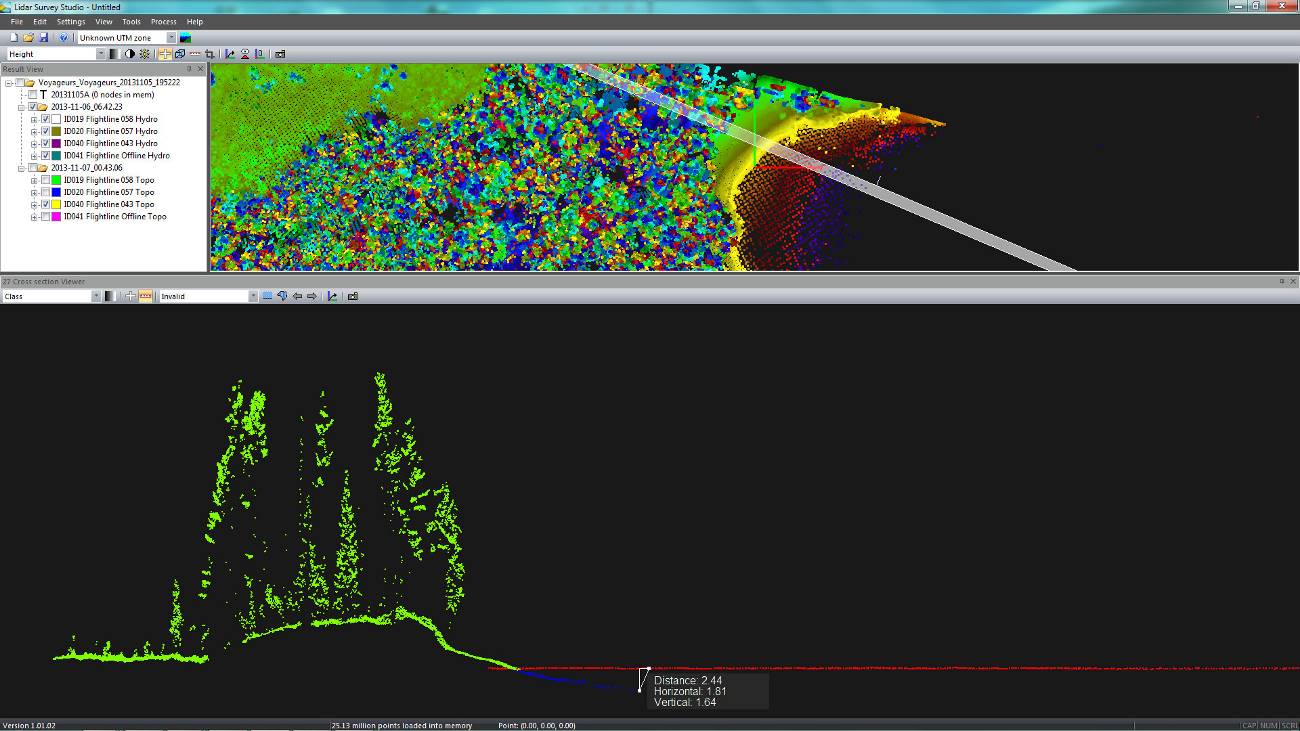 The studies are due to be wrapped up by March of 2016.

After they’re complete, the plan is to convene an expert panel of Canadian and U.S. engineers and biologists to develop a matrix to evaluate the 2000 rule curves against the 1970 rule curves.

Further, a shared vision model would be used to look at environmental factors such as spawning habitat for walleye and northern pike, along with economic factors such as tourism, hydropower production at the dams, and flood damage.

Depending on the assessment, proposed new approaches may be developed for updated rule curves or for a more flexible approach to regulation.

Recommendations in a draft report are to be presented at public hearings for questions and comments before a final report is submitted to IJC commissioners. 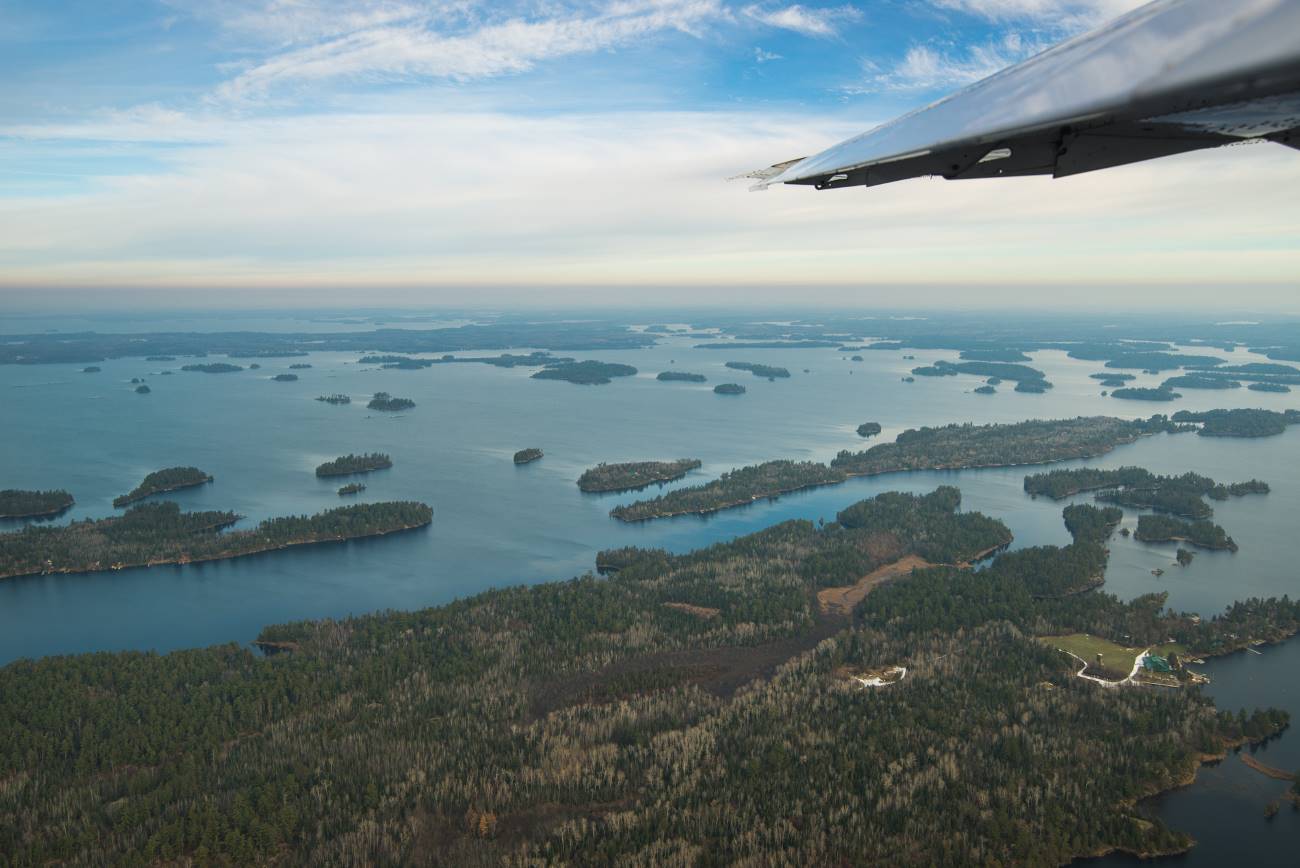 A view from the window of the survey plane. Credit: Project contractor Watershed Sciences Inc.

Water Levels and Flows
Rainy-Lake of the Woods Watershed Board