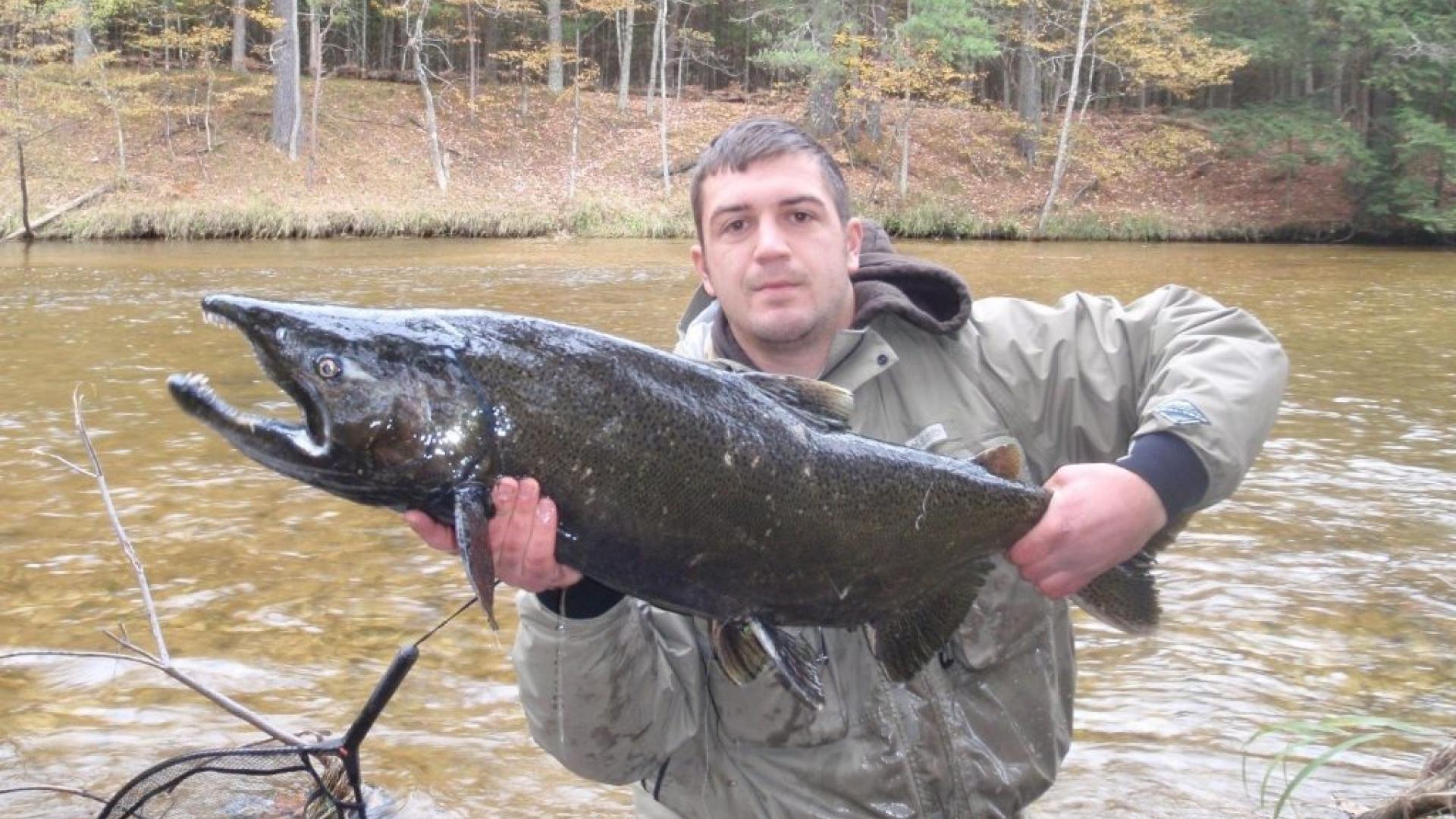 In a paper recently published in the journal Ecosystems, my co-authors and I showed that the current prey base in Lake Huron can no longer support the same level of Chinook salmon that prevailed in the 1980s. Consequently, we indicated that the good old days of Chinook salmon fisheries are gone and will never return.

Results from this study also implied that Chinook salmon fisheries in Lakes Michigan and Ontario will possibly follow the same fate, because several food web changes associated with the Chinook salmon collapse in Lake Huron have already occurred in these two lakes.

Maybe it is time to rethink whether fisheries management in the Great Lakes should be focused on stocked exotic species that anglers desire, like Chinook salmon, or native species such as lake trout and walleye that are better adapted to changing ecosystems.

Chinook salmon and other fish in the salmon family were introduced to the Great Lakes 50 years ago to create recreational fisheries. The intent was to turn alewives from a nuisance fish to a food source for salmon. Alewives reached a nuisance level of abundance around 1960 and drew public attention after their decaying bodies fouled beaches after several massive die-off events.

Because salmon populations are artificially maintained or supplemented by hatchery stocking, the potential for predator–prey imbalance has been a concern for researchers since the early 1980s. Such an imbalance finally occurred in 2003 when the alewife population collapsed in Lake Huron.

However, the cause of this collapse is complicated. Since the late 1980s, prey fishes such as alewives and rainbow smelt had been experiencing increased predation pressure and a food shortage. Consumptive demands by salmon species first increased due to rises in stocking in the 1980s and then jumped sharply with natural reproduction of Chinook salmon in the 1990s. On the other hand, the production of algae at the base of lake food webs decreased because of feeding by invasive quagga mussels and reduction in nutrients after abatement programs initiated in the 1970s.

The year 2003 is unique in the ecological history of Lake Huron. It is the year when quagga mussels were first found, in significant amounts, in the deep part of the lake. It is also the year when there was a historical low of the nutrient inputs from agricultural and municipal sources. Since then, quagga mussels have been expanding while nutrient inputs have stayed at similar low levels.

While Chinook salmon fisheries collapsed in Lake Huron following the collapse of alewife population, estimates for sport angler harvests of Chinook salmon were close to a historical high in Lakes Michigan and Ontario during 2005–2008, despite increases in consumptive demand by salmon, expansion of quagga mussels, and a reduction in nutrients.

Nevertheless, according to our study, there is a clear warning signal for Chinook salmon fisheries in Lakes Michigan and Ontario. Chinook salmon have feed almost 100 percent on alewives in recent years.

Before the 21st century, Chinook salmon feed on both alewives and rainbow smelt. Rainbow smelt have continuously decreased since the 1990s because they are more vulnerable than alewives to food shortage caused by nutrient reduction and quagga mussel expansion. If the condition of Lake Huron after 2003 occurs in Lakes Michigan and Ontario, alewife populations in these two lakes will likely collapse, as well as Chinook salmon fisheries.

With ongoing changes in the Great Lakes, it will be more and more costly to maintain Chinook salmon fisheries. We have observed decreases in the alewife population and Chinook salmon harvests in Lake Michigan since 2010 despite the same, if not higher, level of managing efforts. On the other hand, harvests on native species like lake trout and walleye, which are better adapted to a food web without alewives, increased drastically in Lake Huron in recent years.

Now is the time, in my opinion, to rethink our fisheries management strategies for the Great Lakes.