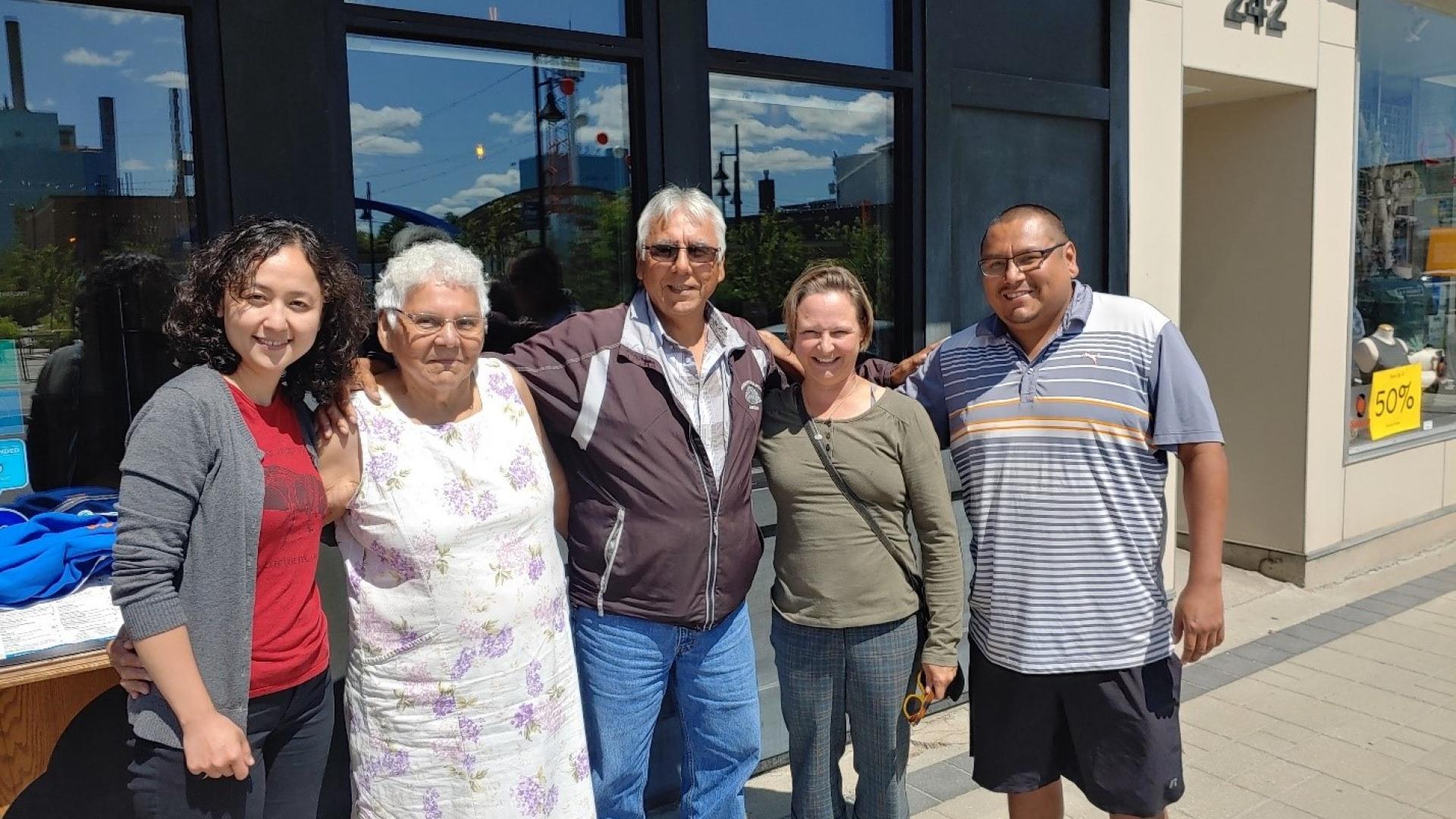 Language is important. Although we may not be fully conscious of it, the language we speak shapes how we see the world and relate to it. Recognizing this, the International Institute for Sustainable Development Experimental Lakes Area (IISD-ELA) in northwestern Ontario has partnered with three individuals through Grand Council Treaty #3 (GCT3) – a governing body of the Anishinaabe Nation in the Treaty 3 lands – to begin translating science materials into the Ojibwe language, Anishinaabemowin.

Language preservation and reclamation has been a priority for communities across the globe as one way to revive unique identities and cultures. This effort is in that same vein, said Dilber Yunus, outreach officer with IISD-ELA. Aside from signs, the first major joint translation effort has been an Ojibwe-language version of a video about an IISD-ELA study of mercury contamination in fish. The two groups have been working together since Experimental Lakes Area split from the federal government and became a nonprofit in 2014, Yunus said.

“Once we became nonprofit, it allowed us to recognize that we are a scientific organization operating in treaty land, and we wanted to engage with the local communities in research work moving forward,” Yunus said.

This involved meetings in Treaty 3 communities to learn about their respective interests, concerns and how both the Indigenous communities and the researchers at IISD-ELA see issues from their own vantage points, with contaminants in the water and youth disconnecting from their culture as the biggest issues. Essentially, she said, this led to a two-way knowledge exchange and set the stage for collaborative work.

These initial meetings led to a “community-based monitoring” effort between the Experimental Lakes Area and Grand Council Treaty 3. The latter sent community members to IISD-ELA for four-day workshops each year to learn how IISD-ELA scientists and researchers collect samples and data, dissect fish for mercury testing and use sampling equipment to get information from these forest lakes. The Treaty 3 members then went back to their communities and started conducting lake monitoring there, as well as train people in turn on how to do this locally. This program started in 2018 and has been successful, though Yunus notes that due to the COVID-19 pandemic, it is unlikely that any such workshops will take place this year.

The translated materials project stemmed from the other concern that Grand Council Treaty 3 members expressed in the 2014 meetings. Yunus said they got in touch with two Elders and Ojibwe language experts, and one language curriculum coordinator of the Nigigoonsiminikaaning (or Red Gut) First Nation: Nancy, Don and Jason Jones, respectively. The IISD-ELA had about four videos ready that could be translated, but several communities in Treaty 3 were concerned about mercury poisoning in fish, so everyone agreed that was the sensible first video to work on.

Yunus said she and IISD-ELA Deputy Director Pauline Gerrard initially met with the Jones family and brought along their transcript and English video, then organized three additional full-day meetings that would take place throughout the process. At those meetings, they met again with the Jones family and brought along a retired science instructor who’s also an ELA alumnus with experience working on science educational materials to break down the scientific concepts in the ELA work. The transcript was broken down to be translated sentence-by-sentence into Anishinaabemowin, a language that’s radically different in structure from English.

At the conclusion of these meetings, there was one final roundhouse meeting with Elders and language experts of the broader Treaty 3 community to review and evaluate the translation for accuracy, and wrap up the process with a ceremony and Elders’ blessing. The voiceover in the translated mercury video was done by Emma Bruyere, a high school student from the Couchiching First Nation who’s passionate about preserving and revitalizing the Ojibwe language and the Anishinaabe culture, Yunus said.

Additionally, Yunus said that part of this project is to develop lesson plans based around each video that’s translated. These plans include the breakdown of sentences in Ojibwe, full transcripts in Ojibwe and English, and the new words and vocabulary created in the process. Once completed, these would then be made available for free on the IISD-ELA website for Ojibwe language learners and teachers to use, in the spirit of preserving and revitalizing the language.

“We talk about integration of Western science,” Yunus said. “We talk about bridging that with traditional ecological knowledge, and I think we are not talking enough about the important role that language and culture can play in this process …

“Whatever project we do, if in the back of our brains we can remember how these projects can actually benefit the communities, the languages and culture and how the project can help revitalize them, I think that’s something we should think about and include (the Indigenous communities) when we’re partnering with them.”

Yunus said the next video to be translated will be an IISD-ELA piece on climate change impacts, though due to the pandemic there have been production delays. And since the community-based monitoring workshops can’t go forward this year, she added that IISD-ELA is considering alternatives that can be done safely this year.