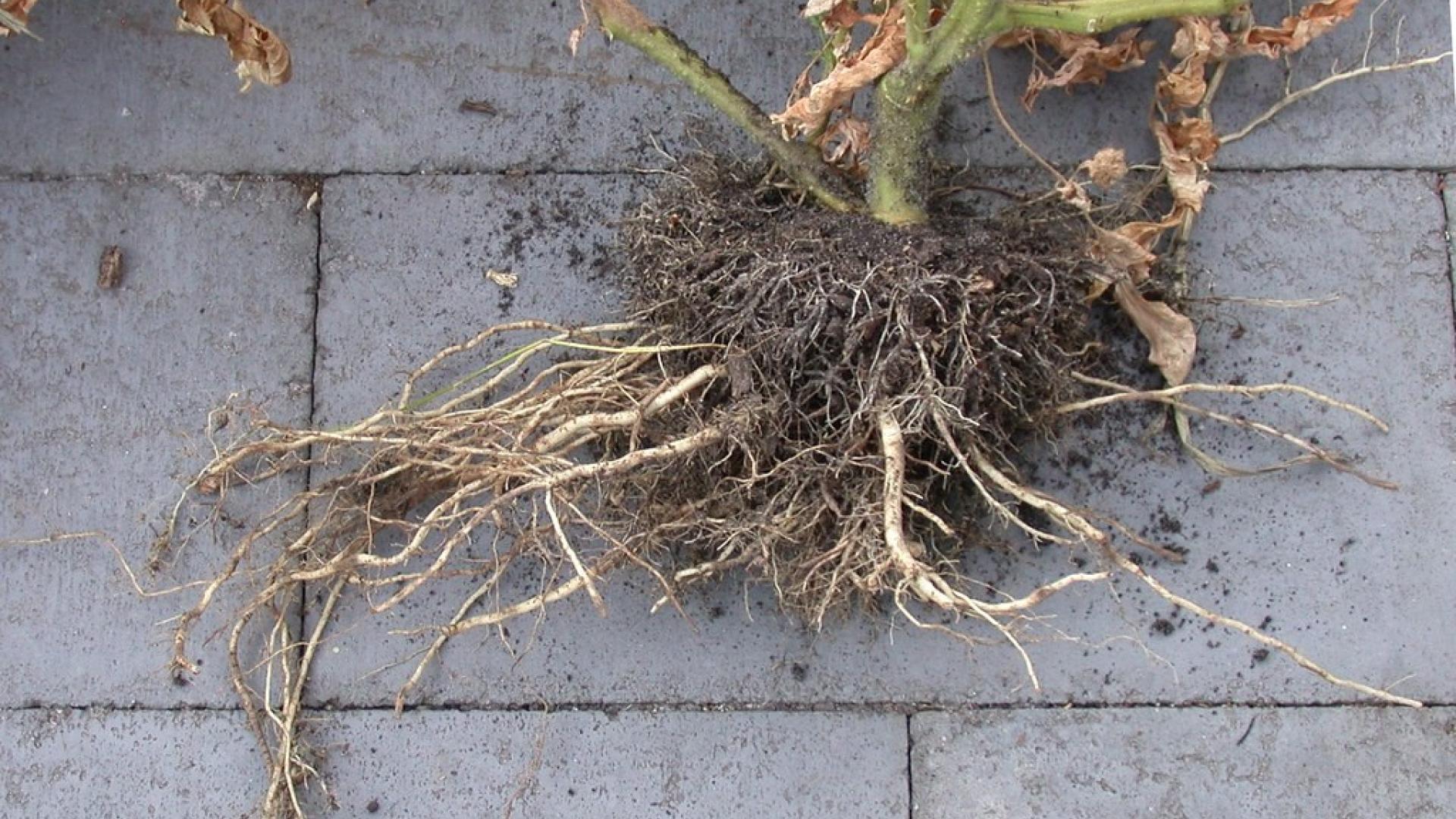 Tomato plant roots are an effective, inexpensive and environmentally friendly way to remove nutrients such as phosphate from water systems, according to recently published research out of the University of Windsor. The roots’ abilities compare favorably to commonly used materials such as sawdust or shellfish treated with iron.

Why tomato roots are so effective at removing phosphate – and to a lesser extent, nitrate – is unclear, said David Ure, Ph.D. student at University of Windsor’s Department of Chemistry and Biochemistry. What they’ve found is that naturally-occurring compounds in the roots are extremely good at binding and retaining nutrients, especially when compared with other substances such as chelated iron that are commonly used by farmers.

“Removing phosphate and nitrate from agricultural wastewater (at the source) is a good way to prevent those from entering the ecosystem,” Ure said. “Iron and other metals can be used to remove phosphate … we just found that you don’t need iron, just a unique chemical structure within the roots themselves.”

Removing phosphate and nitrate from agricultural water systems before it enters water systems is vital, as municipalities, states and provinces work to reduce nutrient runoff into the Great Lakes as part of the Great Lakes Water Quality Agreement. The Canadian and US governments, province of Ontario and states surrounding Lake Erie have agreed to reduce nutrients entering the lake by 40 percent by 2025 (compared to 2008’s nutrient input levels) in a bid to curb harmful algal blooms.

In a presentation at the International Association for Great Lakes Research (IAGLR), Ure explained that the tomato roots were compared with limestone chips and an iron-sawdust bonded mix at a site in Lion’s Head, Ontario, where they were used as filters in an agricultural wastewater stream.

A big advantage to tomato roots over iron-based alternatives is that there is no leaching of iron into the water supply. Ure notes that iron or metal-based nutrient filters can lose some of their metal content to the water, and that can add up over time.

Furthermore, since the roots are widely considered to be trash once the plant has died, they’re much cheaper than the alternatives, he said. Farmers could reuse that nutrient runoff in their fields by putting the roots used as filters back into the soil. Other options to reuse these nutrients, such as removing them using CMC into a liquid or powder form, are possibilities, though they would likely be more expensive than just using the roots themselves, Ure said.

The University of Windsor is in talks with the Essex Region Conservation Authority for future testing within the Lebo Creek Wetland area as part of the ongoing effort to keep nutrients out of Lake Erie. The test would use a new formulation of the iron-sawdust mix, cast iron and the tomato plant roots. Researchers also plan to test other roots as well as different ages of roots.

Ure noted that so far garlic, leek and cannabis roots have been tried but none of them have worked as well as the tomato roots. Another experiment will involve pumping CMC back and forth within a filtration system to see how much phosphate can be recovered from the tomato roots.

Additionally, the university is using a solid-state Nuclear Magnetic Resonance device, or NMR – similar technology to Magnetic resonance imaging (MRIs) used in hospitals – to try and understand what exactly it is about tomato roots that make them so effective at binding phosphate. In the future, this could be an important clue for advancing nutrient filtration and removal technologies.