On April 10, 2013, the Maine Legislature passed, by an overwhelming majority, a bill to grant alewife (Gaspereau) unconstrained passage at Woodland and Grand Falls dam in the St. Croix River watershed.  Ten days later, on April 22 the law came into effect.

In 1981, the completion of a new fishway at Milltown Dam resulted in a resurgence of the anadromous alewife population. Between 1981 and 1987, alewife returns increased from 169,000 to 2,625,000, this alewife resurgence coincided with a drastic decline of smallmouth bass in Spednic Lake, and raised concerns that the increased alewife population might be impacting smallmouth bass.  As a result of these concerns, alewives were blocked from Spednic in May of 1987 and, as part of an assessment program aimed at developing a long-term alewife management plan, alewives were temporarily blocked at Grand Falls in 1991. In 1995, the State of Maine enacted emergency legislation to close both the Woodland and Grand Falls fishways to migrating alewives. After these closings, the St. Croix alewife population fell from a high of 2.6 million fish in 1987 to a low of only 900 returning adults in 2002.  The Milltown Dam was not subject to the 1995 legislative action and, beginning in 2001, the Canada Department of Fisheries & Oceans began trucking alewives from the Milltown fishway 16 kilometers (10 miles) upstream to the Woodland Flowage where they were released to spawn. [Board Paper] The Government of Canada consistently called for the St. Croix River to be opened to alewife passage.  This effort allowed the alewife run to rebound to about 12,000 in 2006.  In 2001 the Board submitted a report to the IJC outlining its activities since Maine blocked their passage by law in 1995, as the Board actively sought compromise and resolution among the various agencies and organizations over this issue in the interest of maintaining balanced and healthy river and estuarine ecosystems.

In 2005 the International Joint Commission’s St. Croix River Watershed Board issued a discussion paper on alewife in the St. Croix outlining the scientific case for reopening the river.  This review of existing research showed that alewives were native to the watershed and that alewife – bass interactions were beneficial. The research noted that because the alewife must swim upstream to spawn, they are vital to the food web and nutrient cycles of marine, freshwater and land habitats in the basin. As bait, they also help support coastal fisheries and lobstering.

Maine law was amended in 2008 to open the fishway at Woodland Dam, but alewives could still not reach 98 percent of their traditional spawning habitat.  The intent of the Governor at the time was to open the fishways on both dams, but during the legislative hearings some of the Passamaquoddy opposed the opening above Grand Falls.

After a record turnout at the International St. Croix River Watershed Board’s 2009 public meeting, the International Joint Commission wrote to the Governor of Maine calling for action. The Governor of Maine replied to the Commission asking it to try to find an agreement between all parties in which case he would amend the legislation, or to use its authority under the Boundary Waters Treaty to issue an order to open the fishway.  As well a group of NGOs wrote to the IJC to ask the IJC to change its orders to mandate the opening of the Grand Falls fishway.

The Commission, within its framework of the International Watershed Initiative [IWI] of promoting local solutions for local problems, felt that the best solution to this issue would come from a participatory approach, building support for the unblocking of the river and ultimately for a change in Maine state legislation.

After discussion about next steps with the Commission at its spring 2009 meeting, the St. Croix Board asked expert members of the binational, interagency St. Croix Fisheries Steering Committee to develop under the auspices of the IJC an adaptive plan for alewife restoration in the watershed. The Fisheries Steering Committee convened an ad hoc working group, which was asked to develop a plan based on the IJC request. The plan that was developed proposed to reopen the river to the alewife while monitoring the basin’s smallmouth bass population.

Also in 2009, in cooperation with the United States Geological Survey, a report  was finalized that analyzed historical smallmouth bass habitat as a function of lake level for Spednic Lake in an effort to quantify the effects, if any, of historical lake-level management and meteorological conditions (from 1970 to 2009) on smallmouth bass year-class failure.  As such, it provided an alternate explanation for the decline of the bass population in Spednic Lake in the late 1980s.

In 2010, the St. Croix Board accepted public comments on the draft adaptive management plan to restore sea-run alewife to the basin. More than 100 written comments were received on the plan, almost all of them negative, either criticizing the plan for opening the river too slowly or for opening the river at all to alewife.  In addition, the Board hosted a large and lively public meeting in Princeton, Maine that brought broader public awareness to the issue. 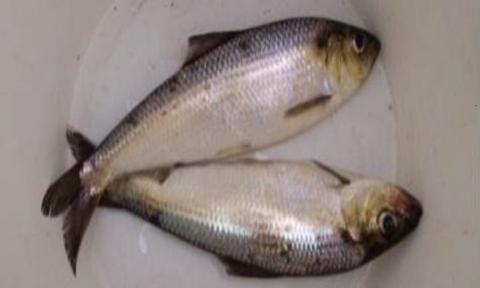 From 2009 to 2012 the International Joint Commission and the St. Croix Board met with parties involved in the issue, including the Passamaquoddy, Maine’s Commissioners of Inland Fisheries and Wildlife and Marine Resources (June 28, 2011), the Governor, and members of the Maine Guide Association and local guides in efforts to assist in developing a consensus to reopen the river to alewives.

Many other actions were taken by those that supported the opening of the watershed to educate and discuss the importance of the alewife to the river and ecosystem.

In 2011, the National Resources Defense Council submitted a petition to list alewives as an endangered species along the Atlantic Coast.   The Friends of Merrymeeting Bay filed a lawsuit in 2011 and again in 2012 to open the St. Croix River to alewives.   In response to a public inquiry, the EPA and Maine exchanged letters after the EPA noted that the law constituted "a de facto revision of the narrative criteria" and was subject to EPA review in accordance with the Clean Water Act.

In October 2012, the Passamaquoddy tribal council changed its position from opposing alewife in the St. Croix to calling for the entire river to be open to alewives  without delay and wrote to the Commission.  In early 2013, Passamaquoddy Representative Madonna Soctomah introduced an emergency bill to open the Grand Falls Dam fishway by May 1, 2013.  The Maine legislature passed the legislation with more than the 2/3 majority required for emergency implementation and it became law on April 22, 2013.  As a result of the combined efforts of federal, provincial and state governments, the Passamaquoddy, environmental groups and other stakeholders in the watershed, alewives will now have access up the St. Croix River this spring, the first time in 18 years.

Since 1959, the International Joint Commission through its International St. Croix Watershed Board has worked to help improve the water quality of the St. Croix River and to facilitate the resolution of watershed issues at the local level through a participatory and inclusive approach.  We welcome the local solution to this dispute that brings the alewives back to the river and are committed to continuing to work with the  Passamaquoddy, all levels of government, non-government organizations, the public, and others to protect and enhance the St. Croix River Watershed.