The Sixth Great Lake is Under Your Feet 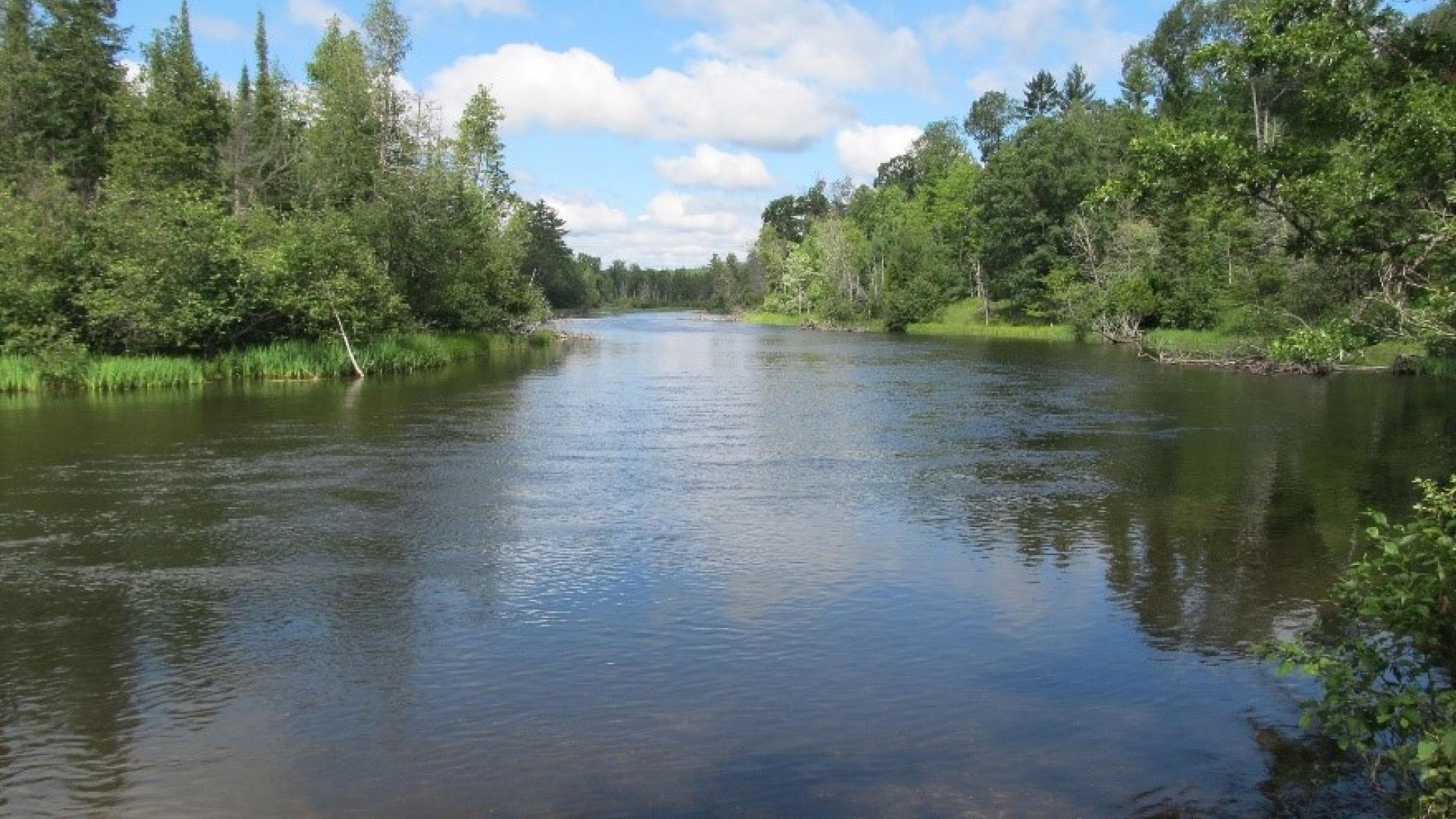 Caption
The Au Sable River is a trout stream that like others in the region depends on a steady flow of cold, clean groundwater. Credit: Michigan Department of Natural Resources

It’s natural to stand on the shoreline of one of the Great Lakes and admire their vastness and majesty. But another abundant water resource in the basin is out of sight and rarely commands such appreciation.

That’s groundwater. Between 20-40 percent of the water budget of the lakes (the total water flowing in and out of the system) originates as groundwater. Without this unseen water, the Great Lakes would be dramatically different from those we know. Strengthening public appreciation of and public policy protecting groundwater is a fundamental part of Great Lakes stewardship.

Groundwater fills the pores and fractures in underground materials such as sand, gravel and other rock. It is not an underground river or lake. But because of its sheer volume, scientists have dubbed groundwater in the Great Lakes basin as the sixth Great Lake.

Groundwater is critical to the ecology and economy of the Great Lakes region. Because it remains at a near-constant, cold temperature year-round, the discharge of groundwater to rivers supports trout streams. Groundwater also is crucial to the health of a rare type of wetland called prairie fens and supports the region’s public health and economy.

In Michigan, for example, groundwater is the source of drinking water for 45 percent of the state’s population, important to agricultural irrigation and a significant factor in manufacturing.

Despite its value, the region’s groundwater is widely contaminated from sources such as failing septic systems, inappropriate application of animal waste and agricultural fertilizers, abandoned industrial sites where chemicals were used and leaking landfills.

The widespread detection of groundwater contaminated by a class of chemicals known as Per- and polyfluoroalkyl substances (PFAS) has revealed a source not previously recognized: airports and military bases where firefighting foams were heavily used in training exercises.

Cleaning up contaminated groundwater is often difficult and expensive. Sometimes, government agencies choose to leave it in place. The state of Michigan, for instance, has spent more than $27 million to provide affected homeowners with a clean public water supply rather than removing a toxic chemical known as TCE from a 13 trillion gallon plume of contaminated groundwater originating from a former chemical handling facility in Mancelona, east of Traverse City.

Although the exact influence of groundwater on the quality of the surface waters of the Great Lakes has not been pinpointed, plumes of contaminated groundwater often discharge to lakes and streams.

“Discharge of groundwater is likely an important vector [path] for some contaminants that affect the Great Lakes,” according to a 2016 report to the Great Lakes Executive Committee by the Annex 8 Subcommittee.