A Stressful Interaction: Some Ecosystem Stressors Have Greater Influence When Combined 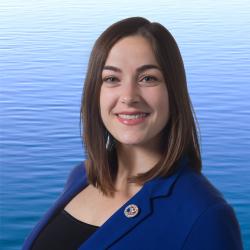 While a “Sharknado” is the stuff of science fiction, the combination of two independently harmful environmental stressors may—like sharks and tornadoes— multiply the resulting damage to Great Lakes ecosystems.

Experts recently investigated “pairwise” combinations of Great Lakes problems to find out what happens when they interact.

In the Great Lakes, there’s a long list of problems that damage ecosystems and water quality. Comparing every possible pair could become an endless, and not entirely useful, research task. That’s why experts from the IJC’s Science Advisory Board (SAB) Science Priority Committee evaluated the Great Lakes’ problems, or “stressors,” and identified seven that are a high priority: climate change, fish harvest, habitat loss, invasive species, nutrients, pathogens and toxic chemicals.

From there, they took a deep dive to understand 11 pairs of stressors and describe how they would most likely impact one another. A group of committee members summarized the findings from a recent report in a September webinar. More than 500 individuals tuned into the discussion, which included three examples of pairwise interactions.

“We needed to do this research because we don’t have a good grasp on these stressor interactions,” said the report’s primary author, David Allan, SAB Science Priority Committee member and professor emeritus at the University of Michigan in Ann Arbor.

“We usually have a good understanding of the environmental impacts of individual problems, but we haven’t given the same amount of attention to what happens when they interact … We need to better understand how these stressors behave in the real world where they’re co-occuring and interacting.”

Project contractor John Bratton, from LimnoTech in Ann Arbor, Michigan, described how a stressor pair can be synergistic, worsening their respective effects. This is illustrated by the interaction between excessive phosphorus flowing off fertilized land and into the waterways, and more intense, frequent rainfall caused by climate change. The impact of this stressor pair  increases the cumulative damage done because the combination can worsen toxic and harmful algal blooms.

Other stressor pairs are antagonistic—one can reduce the impact of another. Dr. Karen Kidd, SAB member and Jarislowsky Chair in Environment and Health at McMaster University in Hamilton, Ontario, described how phosphorus promotes increased biomass throughout the food web, which dilutes the amount of toxic chemicals, like polychlorinated biphenyls (PCBs) observed in aquatic species.

Sometimes there are synergies and antagonisms at play with a pair of stressors. Dr. Michael Murray, SAB member and staff scientist for National Wildlife Federation in Ann Arbor, Michigan, explained how this is the case with the toxic chemical mercury and the issue of wetland loss.

Wetlands are “sinks” for toxic chemicals, capturing and holding toxins like mercury from sources like coal-fired power plants. But wetlands also can transform mercury into another more harmful molecular form (methylmercury). When there are fewer wetlands, there is a loss of the “sink” so mercury can move into the ecosystem. But at the same time, the loss of wetlands slows down the transformation of mercury into methylmercury.

Despite the mixed bag of combinations, climate change is one particularly wicked problem that seems to make some others worse across the range of stressors studied.

Climate change is impacting the Great Lakes water quality and quantity in a variety of complex and challenging ways.

The SAB project looked at how specific aspects of climate change interacted with examples of five other stressors. Experts evaluated ways that warming water temperatures from climate change would likely interact with organic pollutants, dreissenid mussels and other invasives, and wetland loss. They also looked at the relationship between more intense climate-driven precipitation and fish pathogens. When it came to understanding nutrients, they looked and how precipitation events and warming waters would interact with the nutrient phosphorus.

For example, warming water temperatures can favor invasive plants like Phragmites and worsen wetland loss, making it even harder for native wetland plants to grow.

In its report, the Science Advisory Board recommends that Canadian and US governments “explicitly consider” how climate change interacts with other stressors in their science and management programs for Great Lakes issues.

“It sounds bleak, but there is some good news in this story,” Allan said. “These problems aren’t happening everywhere around the Great Lakes, all at once, at equal intensity. By investigating where and when certain stressors are likely to interact, we can understand where to prioritize our research efforts and restoration spending.”

The distribution of interacting stressors is usually concentrated near hubs of human activity, like urban areas and other developed coastal areas, ports, connecting channels and agricultural watershed outlets.

Allan was also one of the leads on the 2012 Great Lakes Environmental Assessment and Mapping (GLEAM) Project, which mapped the spatial distribution of 34 stressors, and their cumulative impacts around the Great Lakes. The GLEAM project final map, above, illustrates the influence of human activity on the total environmental stress experienced by the Great Lakes.

While GLEAM looked at how environmental problems can vary across spaces, the new report from the Science Advisory Board also considers how variable these stressors can be over time. For example, the influence of interacting stressors can be greatest during sensitive life stages of fish and wildlife.

The study notes that many government programs focus on individual stressors, although there are some good examples of programs that address stressor interactions, like Areas of Concern cleanup and fisheries management. According to Allan, the best bet to avoid reaching an ecological point-of-no-return is to think and act holistically.

“We need to recognize that managing environmental stressors in independent ‘silos’ may not always be the best approach” said Allan. “We’re more likely to succeed when we focus on the big picture and manage problems as they interact with each other. We’re moving in that direction but managing for multiple stressors in a holistic manner needs to be more widely practiced.” 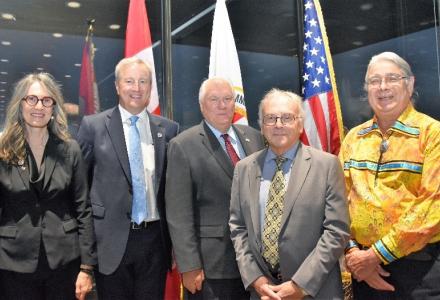