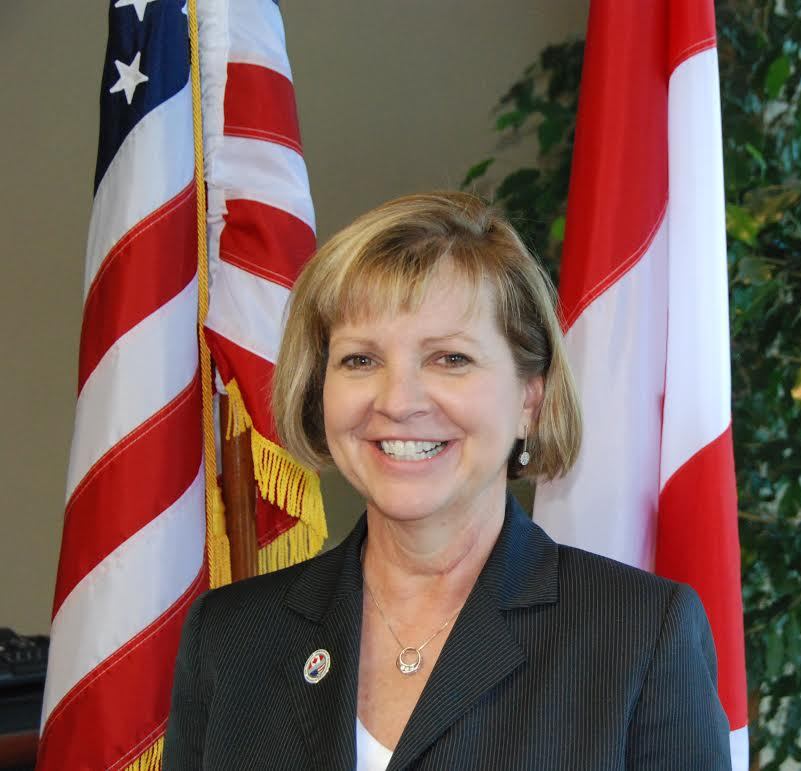 Patricia A. "Trish" Morris, a U.S. Army veteran who served in Iraq and Afghanistan, has been named director of the International Joint Commission’s Great Lakes Regional Office (GLRO) in Windsor, Ontario.

Morris most recently worked at the Pentagon as an attorney and advisor to the Assistant Secretary of the Army-Civil Works. She  spent nearly 20 years working for the Army Corps of Engineers and Army headquarters, helping the Army navigate complex legal and policy matters related to the U.S. Clean Water Act, Great Lakes invasive species eradication, restoration of the Everglades and remediation and revitalization of the Gulf of Mexico after the Deepwater Horizon oil well fire and spill. She brings extensive experience in international and environmental laws related to watersheds and water resources.

A licensed attorney, Morris most recently completed a Master of Science in Peace Operations from George Mason University. She said it is no coincidence that she was drawn to the IJC, which helps oversee the longest unprotected border in the world – 5,525 miles or 8,900 kilometers – more than 40 percent of which passes through shared bodies of water.

"This job combines two of my passions – helping nations stay out of conflict and honoring our universal connection to fresh water and the incredible importance that it will play in the future of our nations and our planet," said Morris. "From toxic algae and legacy chemicals to invasive species and the impacts of a changing climate, the Great Lakes office is at the epicenter of IJC’s work."

She will serve the four-year term designated for a U.S. director of the binational GLRO under a rotating Canada/U.S. leadership agreement designed for equal representation between the two nations.

"We are pleased to have someone of Trish’s caliber to lead our Great Lakes office," said Lana Pollack, U.S. co-chair of the IJC. "She’s a proven leader with a breadth of experience in problem solving and forward thinking solutions to complex issues."

Gordon Walker, Canadian co-chair of the IJC, said Morris is a great fit for the bi-national office: "Trish Morris has a proven track record of improving relationships between people, organizations, and nations," said Walker. "We are pleased she has chosen to bring those skills to bear on the border waters between our two great nations."

An Oklahoma native, Morris graduated Phi Beta Kappa with a B.A. in Political Science from the University of Oklahoma and a law degree from OU’s College of Law. She earned the George Mason University Master’s Degree earlier this year.

During her 20-year tenure with the Army, Morris worked for the Corps of Engineers, Army Reserves and Army Headquarters. She served in roles ranging from Judge Advocate General and Civil Affairs Officer in Bosnia, Afghanistan, Jordan and Iraq; Division Counsel in the Gulf Region Division, Baghdad and District Counsel in Jacksonville; and most recently as legal and policy advisor to the Army Secretariat on civil works.

As both a deployed Army reservist and civilian, she advised and spearheaded reconstruction, job training and civic engagement programs in overseas combat theaters by building coalitions of allied and host nations and international organizations.

Previously, she spent nearly a decade practicing oil and gas and environmental law in Oklahoma, Texas and New Mexico, working for the state of Oklahoma and serving as a partner in a Texas-New Mexico law firm.

Morris’ new home is in downtown Detroit within view of the Detroit River – fittingly, the shared border between Canada and the United States. She plans to explore the cultural, recreational and epicurean delights on both sides of the border.

"I am reminded every day when I cross the river that we are stewards of the world’s greatest freshwater system," said Morris. "I am honored to play a small part in keeping it that way."

Matthew Child of Essex, Ontario, will serve as deputy director of the Great Lakes Regional Office. Child, a physical scientist, joined the IJC in 2013, having previously served as director of watershed restoration for 14 years at the Essex Region Conservation Authority. He holds Bachelor’s of Science and Masters in Environmental Studies degrees from the University of Western Ontario and York University, respectively.

The International Joint Commission was established under the Boundary Waters Treaty of 1909 to help the United States and Canada prevent and resolve disputes over the use of the waters the two countries share.  Its responsibilities include reporting on progress made under the Great Lakes Water Quality Agreement between the nations toward restoring and maintaining the chemical, physical and biological integrity of the Great Lakes and connecting waters. More information is available at www.ijc.org.