The Saint John River rises in separate streams in Maine and Quebec, coming together to form part of the international border between the two nations. It then turns southeastward into New Brunswick, where it flows into the Bay of Fundy. The 673 km (418 mile) river serves as a major hydropower source thanks to three dams along its course, though this led to a decline in migrating Atlantic salmon numbers and the loss of farmland. The St. John River is also the rare waterway that flows partially backwards when high tide on the Bay of Fundy comes in.   The IJC held pollution studies on the river in the 1970s. 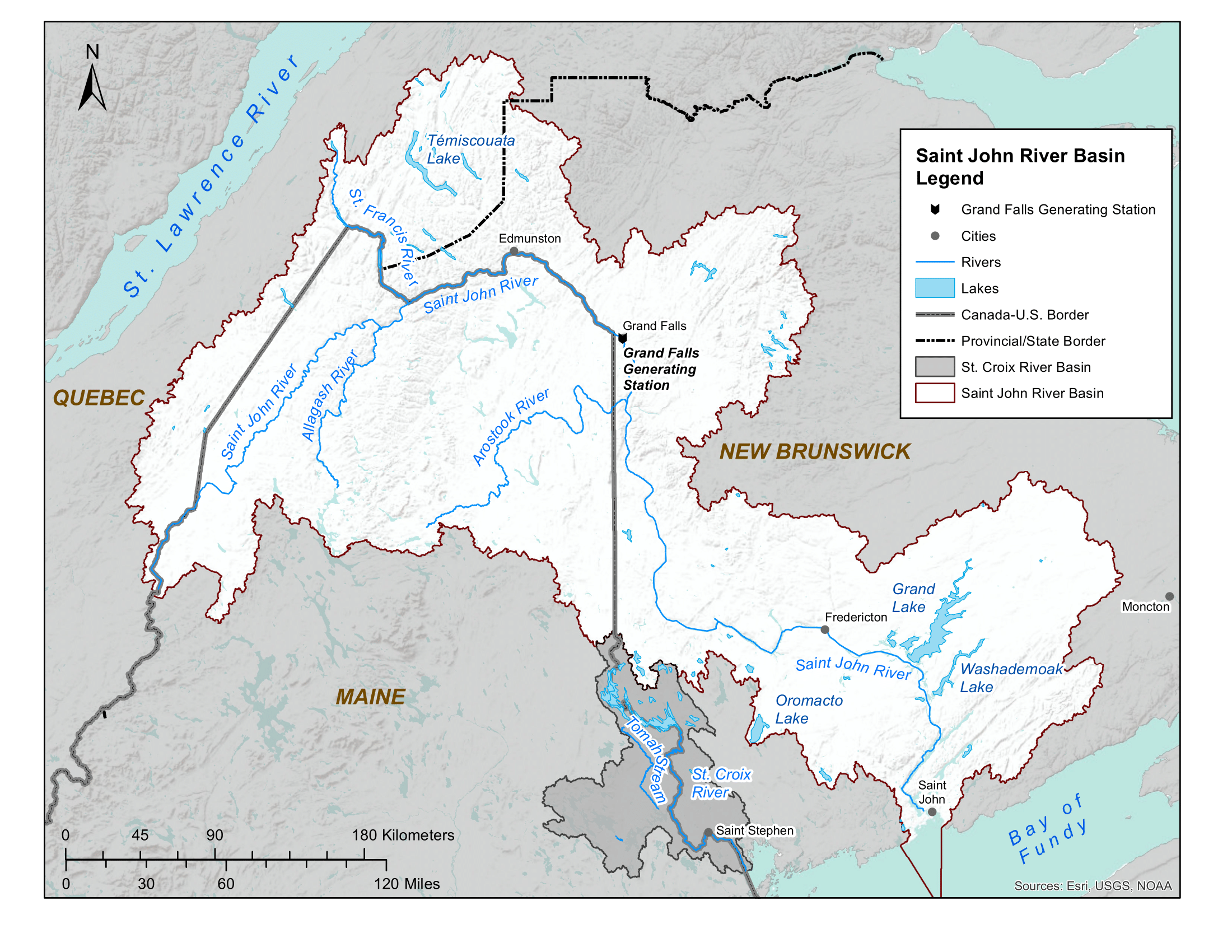