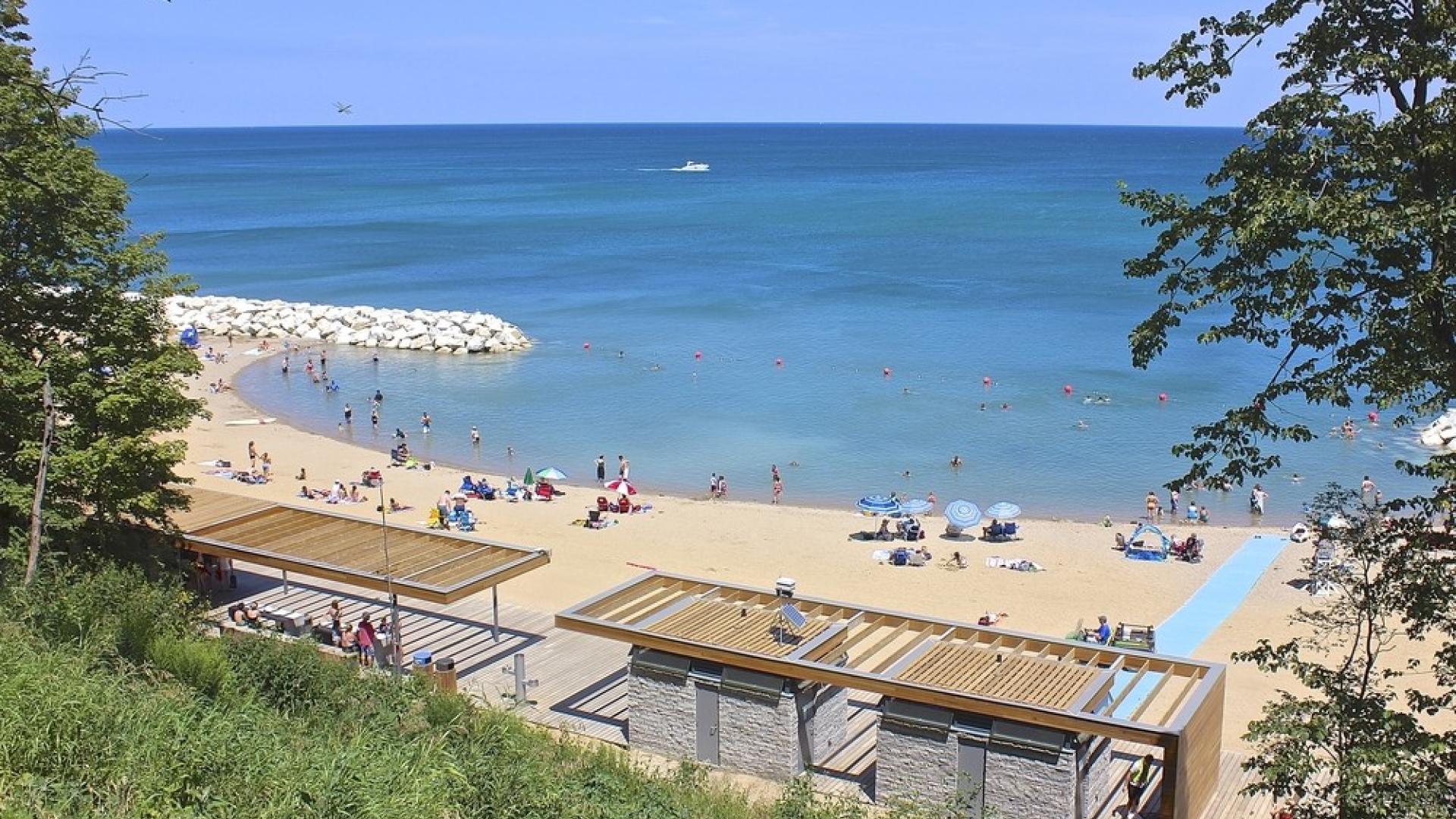 Beach surveys are critical measures of knowledge regarding the environment and human health risks for Great Lakes beaches and recreational waters. They help regulators investigate and better understand sources of contamination – such as sewage – that negatively affect health and safety at beaches. But how widely are these surveys administered, what are they finding and how are people responding to them?

The IJC’s Health Professionals Advisory Board and the Great Lakes Beach Association are collaborating on a public health initiative to assess the binational extent, experience and effects of Great Lakes Beach Sanitary Surveys in the United States and Environmental Health and Safety Surveys in Canada. They are using questionnaires to gather this information.

The initiative’s team members include Thomas Edge, Matthew Dellinger and Jennifer Boehme from the IJC board and Shannon Briggs, Julie Kinzelman and Gabrielle Parent-Doliner from the association.

The initiative just released a second questionnaire in a two-part series asking about the conduct of these binational environmental surveys in the Great Lakes.

The first questionnaire, introduced at the 2019 State of Lake Huron conference in Saginaw, Michigan, gathered information on the proportion of Great Lakes beaches that have had environmental surveys completed.

The newly-released second questionnaire is more detailed, and aims to discover narratives that illuminate how mitigation led to swimming water compliance, or to other positive or negative outcomes. The initiative also looks to underscore existing gaps in tackling issues already identified by surveys, for the Great Lakes overall, by nation, within each Great Lake state and in the province of Ontario.

This two-part effort will help summarize practices and outcomes throughout the Great Lakes in the two countries rather than for specific beaches or agencies. Input will not be attributed to individuals or agencies and results will be shared with respondents prior to communicating final results. The results will be released by the IJC and posted on the beach association’s website in 2021.

Why Are Beach Surveys Important?

A beach sanitary survey, as it’s called in the United States, or Environmental Health and Safety Survey, as it’s referred to in Canada, is a systematic examination of the safety and sources of pollution that could impact recreational waters. These surveys can be conducted on an annual basis, such as before or after each bathing season, or on a routine basis, when water samples are collected at a beach. The surveys are recommended best practices for managing health risks for recreational waters.

Sanitary and environmental surveys can provide valuable data to help beach program managers and public health officials identify sources of beach water pollution, characterize the magnitude of pollution and identify priority locations for water testing and remedial actions. Toward this end, Canada and the U.S. have encouraged the use of environmental surveys at beaches to detect and source fecal contamination to assess the health and safety risk to recreational water users.

The IJC’s Health Professionals Advisory Board has recommended that the prevalence and findings of such surveys be an indication of the swimmability of Great Lakes waters. These environmental surveys can help prioritize funding to improve beach water quality. Further, environmental surveys can help researchers track the source of fecal contamination and develop predictive models for more rapidly assessing water quality in recreational waters.

Organizations and agencies involved with the management of public beaches can contribute to the initiative by filling out the second survey questionnaire. A link to the first survey also is available at the beach association website. We appreciate your help with this initiative and research effort.

Gabrielle Parent-Doliner has been on the board of the Great Lakes Beach Association since 2017. Most recently she was director of the Swimmable Waters Programs with Swim Drink Fish, directing Blue Flag, citizen science monitoring programming and Swim Guide. She is a leading expert in recreational water quality data and the author of the first open data standard for the automated exchange of recreational water quality data.