The immense size of the Great Lakes and St. Lawrence River and their value to Canada and the United States are hard to imagine, even for residents of this region. The lakes hold 20 percent of the earth’s fresh surface water or 6 quadrillion gallons, cover a total area of 246,463 square kilometers or 95,160 square miles, and with the St. Lawrence River span 3,700 km (2,342 miles) or almost half of the North American continent. The watershed is one of the world’s most diverse with 3,500 species of plants and wildlife and more than 250 species of fish.

The Great Lakes and their natural resources have provided the foundation for the economies of both countries for centuries, from early ventures in logging, mining and commercial fishing to today’s vast shipping, manufacturing, agriculture and tourism industries. More than 200 million tons of cargo is transported via the lakes annually, which contributes 293,000 jobs and $17.3 billion to the region’s economy. Another $14 billion is created every year through tourism and recreation, particularly in communities along the 16,686 kilometers or 10,368 miles of freshwater coastline. If the eight states and two provinces surrounding the Great Lakes region were a separate country, its economy would be the third largest in the world by gross domestic product, generating 1.5 million jobs in the tourism, shipping and fishing industries and 51 million additional jobs in a diverse range of professions.

With up to 40 million basin residents drawing their drinking water from the Great Lakes, protecting the quality of these vast water bodies is not optional. And it doesn’t stop with drinking water. Every day residents eat Great Lakes fish or food from the 37 percent of watershed land devoted to agriculture, trusting they are eating healthy food. Every year the lakes are the primary recreation and tourism destination for millions of residents and tourists, who expect the waters to be safe for swimming, boating and fishing. From virtually every perspective – social, economic, recreational, environmental and aesthetically – it’s impossible to overstate the vital link between the health of the lakes and the species that live in and around them, and the overall health of the region’s people. 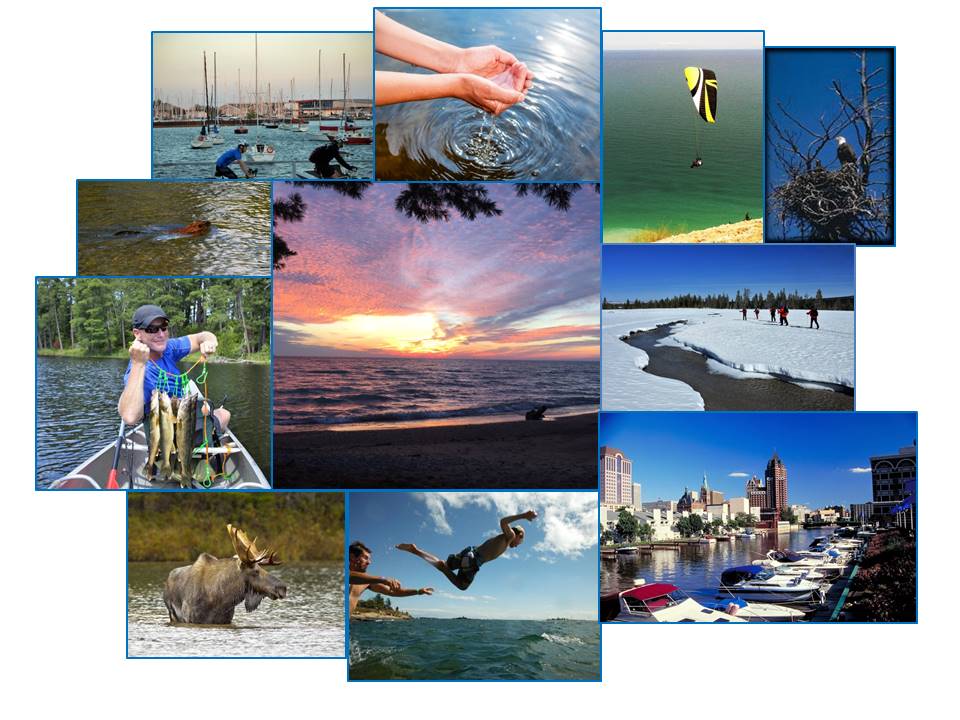