The IJC reported on pollution issues in the Great Lakes and their connecting channels several times from 1918 to the late 1960s as part of its responsibilities under the Boundary Waters Treaty. Those reports included recommendations for action, which formed the basis for the first Great Lakes Water Quality Agreement in 1972. Canada and the United States agreed to reduce pollution from industries and communities and to limit the amount of phosphorus entering the lakes, which had caused excessive algae growth – particularly in Lake Erie. New laws reduced concentrations of phosphorus in household detergents and municipal sewage treatment plants were upgraded or expanded. Lake Erie recovered quickly as a result of these efforts, and the value of binational cooperation to achieve environmental cleanup in all of the lakes was lauded internationally as an unprecedented success. 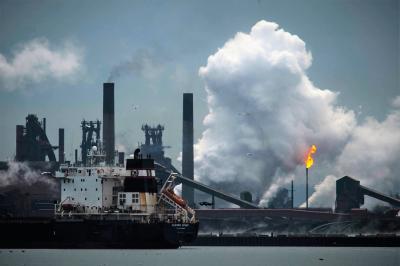 By 1978, the two countries broadened their approach to address the many sources and types of pollution entering the lakes. The 1978 Great Lakes Water Quality Agreement set an overall goal to rid the Great Lakes of persistent toxic substances – pollutants that come from many sources and can damage the health of all species because they remain in the environment for a long time – using an approach that takes the entire ecosystem into consideration. Specific restoration efforts to clean up the most polluted locations in the watershed, called Areas of Concern, and creating management plans that eliminate pollutants on a lakewide basis were added in a 1987 Protocol to the 1978 Great Lakes Water Quality Agreement.  The IJC was tasked with assessing progress to accomplish the goals of the 1972 and 1978 agreements every two years, and held biennial meetings before it completed each biennial report on progress.

In 2012, after extensive binational reviews, consultations and negotiations by the IJC and the two countries, Canada and the United States amended the agreement again and expanded their commitment to address issues facing the lakes through nine specific goals or objectives and ten annexes. The 2012 Great Lakes Water Quality Agreement also kept previous commitments to consider the entire ecosystem in all binational work, as well as the overall objective to restore and maintain the lakes’ chemical, physical and biological integrity.

In addition, Canada and United States also committed to present their own progress report every three years at a public forum. The IJC will review this report and its own research and seek public input on the health of the lakes before it publishes its assessment report, also on a triennial basis. The governments’ first Progress Report was released in October 2016 and a Great Lakes Public Forum was held at the same time. The IJC released its first Triennial Assessment of Progress report in November 2017, as well as a Highlights Report, a Technical Appendix and a Summary of Public Comment Appendix. Public consultations on agreement progress will begin after the two countries release each progress report and will be announced through its Great Lakes Connection newsletter, its social media pages and on this website.